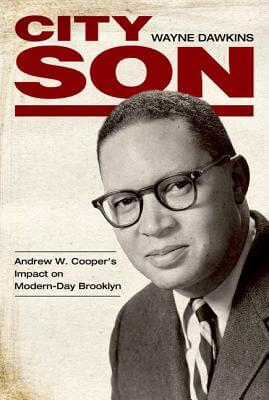 Book Description:In 1966, a year after the Voting Rights Act began liberating millions of southern blacks, New Yorkers challenged a political system that weakened their voting power. Andrew W. Cooper (1927-2002), a beer company employee, sued state officials in a case called Cooper vs. Power. In 1968, the courts agreed that black citizens were denied the right to elect an authentic representative of their community. The 12th Congressional District was redrawn. Shirley Chisholm, a member of Cooper’s political club, ran for the new seat and made history as the first black woman elected to Congress.Cooper became a journalist, a political columnist, then founder of Trans Urban News Service and the City Sun, a feisty Brooklyn-based weekly that published from 1984 to 1996. Whether the stories were about Mayor Koch or Rev. Al Sharpton, Howard Beach or Crown Heights, Tawana Brawley’s dubious rape allegations, the Daily News Four trial, or Spike Lee’s filmmaking career, Cooper’s City Sun commanded attention and moved officials and readers to action.Cooper’s leadership also gave Brooklyn—particularly predominantly black central Brooklyn—an identity. It is no accident that in the twenty-first century the borough crackles with energy. Cooper fought tirelessly for the community’s vitality when it was virtually abandoned by the civic and business establishments in the mid-to-late twentieth century. In addition, scores of journalists trained by Cooper are keeping his spirit alive.

More books like City Son: Andrew W. Cooper’s Impact On Modern-Day Brooklyn may be found by selecting the categories below:

Tell us what do you think about City Son: Andrew W. Cooper’s Impact On Modern-Day Brooklyn.