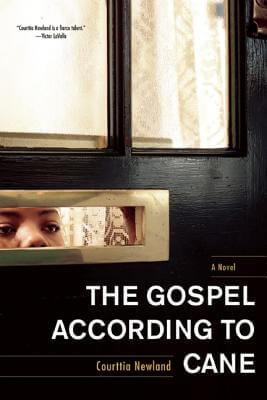 The Gospel According to Cane
by Courttia Newland

Paperback Description:
Nominated for the 2014 Hurston/Wright Legacy Award in Fiction!

"A mother’s love is unbreakable, as Frank O’Connor Award?nominee Newland demonstrates in his latest novel…The storytelling is as captivating as the story itself. Newland, a Jamaican-born British writer, seamlessly integrates the joy, fear, uncertainty, and sadness…Newland’s prose is beautiful. His novel—part homecoming narrative in the vein of Toni Morrison’s Beloved and part haunting tale of loss similar to Ernest Gaines’s In My Father’s House—will appeal to all lovers of literary fiction."
—Library Journal

"The emotional tension is sometimes almost unbearable as a mother and son attempt to build a relationship out of their shared pain. A unique and very moving novel."
—Booklist

"The characters are finely drawn with realistic ambiguity and genuinely exhibit the durability of grief and pain."
—Publishers Weekly

"Newland delivers an intense portrait of mental conflict against a gritty inner-city background. The book we are reading is Beverley Cottrell’s journal…This ’journal of my pain,’ becomes a spiral of cathartic violence during which Newland deftly keeps the reader guessing."
—Kirkus Reviews

"As Bev confesses in her journals to events that make her appear less than the fragile idealist she first appeared, Newland’s tale gathers pace and tension. Violence becomes a real possibility. Happy ending or sad? Newland delivers a bit of both in this complex, cathartic portrait of an intelligent, if not always sensible woman, who refuses any longer to be defined by loss."
—Toronto Star

"What could be a simple, emotive story of grief and redemption becomes, in Newland’s hands, something more complex…The Gospel According to Cane is a page-turner, merging serious literary fiction with social commentary. Those interested in a fresh, vibrant take on contemporary London life should add it to their shelves."
—Switchback

"Throughout The Gospel According to Cane, Mr. Newland takes on…the meaning of family and the risks associated with helping those in distress…With realism and without sanctimony, Mr. Newland successfully engages some of the most difficult questions we will ever face."
—New York Journal of Books

Beverley Cottrell had a dream life: a prestigious job, a beautiful husband and baby boy. This is stolen from her one winter afternoon when her son Malakay is kidnapped from a parked car. Despite a media campaign, a full police investigation, and the offer of a reward, Malakay is never found. Beverley’s marriage soon dissolves and her husband immigrates from England to the U.S. with a new wife.

Beverley gives up her job, sells the house, and moves from the leafy suburbs to the inner city to reside in a west London housing project. She cocoons herself in grief, growing more isolated with each passing year. After two decades she gives up any hope of finding her son. She teaches children who have been expelled from school in the local community center, bright kids thrown on society’s scrap heap.

Beverley starts to believe she has finally pieced her life together?until a young man starts appearing wherever she goes. Beverley is convinced that he’s stalking her. One dark evening the stalker gets past her security door and calls through her letterbox. He tells her not to be scared. He says that he is Malakay, her son.

The Gospel According to Cane is a novel about inner-city youth in contemporary London. It’s a meditation on pain and loss, the burden of heritage, and how the past can blur the present. It’s about trust and the perceived lack of trust, disillusion, and its consequences. A world where everyone is the victim, and no one is to blame.

Books similiar to The Gospel According to Cane may be found in the categories below: