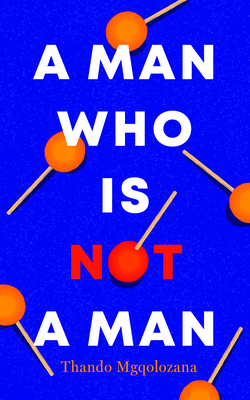 A Man Who Is Not a Man
by Thando Mgqolozana

Read Our Review of A Man Who Is Not a Man

“His straightforward no-frills prose tells an effective story of a botched circumcision and its consequences.” —Zakes Mda, Sunday Independent

A Man Who is Not a Man is an evocative story about a young Xhosa man’s trauma and lifelong shame after a rite-of-passage circumcision goes wrong. This botched circumcision is framed as a personal failure, stripping young Lumkile of his humanity, social support system, and labelling him “a failed man.” This powerful coming of age novel follows Lumkile’s journey into manhood, from petty theft and violence in Cape Town, to education and first love in the village, and finally to the harrowing isolation of a mountain hut. With language that moves from raunchy and comical, to tender and earnest, A Man Who is Not a Man challenges the code of silent suffering expected of men, and provides a subversive depiction of masculinity, in all its varied forms.

More books like A Man Who Is Not a Man may be found by selecting the categories below: