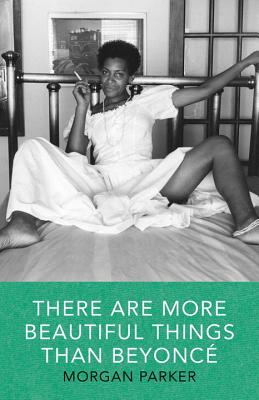 There Are More Beautiful Things Than Beyoncé
by Morgan Parker

A TIME Magazine Best Paperback of 2017

"This singular poetry collection is a dynamic meditation on the experience of, and societal narratives surrounding, contemporary black womanhood… . These exquisite poems defy categorization." —The New Yorker

The only thing more beautiful than Beyoncé is God, and God is a black woman sipping rosé and drawing a lavender bath, texting her mom, belly-laughing in the therapist’s office, feeling unloved, being on display, daring to survive. Morgan Parker stands at the intersections of vulnerability and performance, of desire and disgust, of tragedy and excellence. Unrelentingly feminist, tender, ruthless, and sequined, these poems are an altar to the complexities of black American womanhood in an age of non-indictments and deja vu, and a time of wars over bodies and power. These poems celebrate and mourn. They are a chorus chanting: You’re gonna give us the love we need.

Praise For There Are More Beautiful Things Than Beyonce…

There are more beautiful things than Beyonce in these pages because, as Morgan Parker writes in poems channeling the president’s wife, the Venus Hottentot and multiple Beyonces, “we’re everyone. We have ideas and vaginas, history and clothes and a mother.” The kind of verve the late New York school Ted Berrigan would have called “feminine marvelous and tough” is here, as well as the kind of vulnerability that fortifies genuine daring. This is a marvelous book. See for yourself. Morgan Parker is a fearlessly forward and forward-thinking literary star.
— Terrance Hayes

[Morgan Parker’s] poems are delightful in their playful ability to rake through our contemporary moment in search of all manner of riches, just as they are
devastating in their ability to remind us of what we look like when nobody’s watching, and of what the many things we don’t—or can’t—say add up to.
— Tracy K. Smith

Outstanding collection of poems. So much soul. So much intelligence in how Parker folds in cultural references and the experiences of black womanhood. Every poem will get its hooks into you. And of course, the poems about Beyoncé are the greatest because Beyoncé is our queen.
— Roxane Gay

More books like There Are More Beautiful Things Than Beyoncé may be found by selecting the categories below: