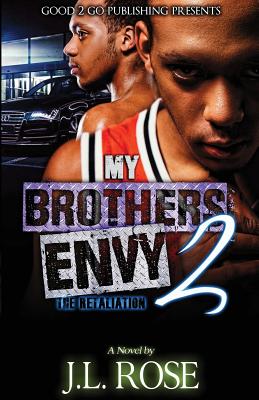 My Brother’s Envy 2: The Retaliation
by John L. Rose

Hard as stone gangster, street-named… Boss. Is in too deep to turn back now. He wants to rule the Miami underworld, and then some. Only one rival stands in his way, and Boss has dispatched numerous resources in an attempt to end his life. But up to this point, every play has failed. To make matters even more complicated, the target has sent his own assassins after Boss. So while Boss continually schemes to eliminate his sole enemy, the latter has proven to be much more, than just a financial thorn in his side. However a meeting with one of Magic City’s most infamous and respected OG’s, produces new and startling information for Boss to digest. Intel that threatens to change the entire trajectory of the blood feud he’s currently embroiled in.

More books like My Brother’s Envy 2: The Retaliation may be found by selecting the categories below: