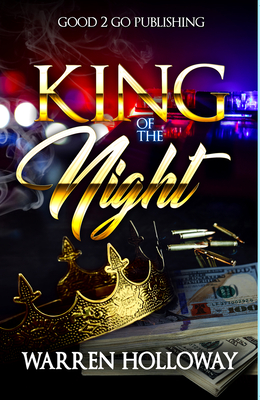 Kings of the Night
by Warren Holloway

Ex-marines, turned local police officers, are still chasing the war rush, they got in combat. Now applying their skills to take down king pins and criminals, in cities and States outside of their own, to appease their craving for adrenaline rush. However, in the midst of their night time secret life, a undercover drug task force detective was killed. As marines never wanting to compromise, they continued on with their night sprees, that took the life of female bystander and inspiring model. What they didn’t know, she’s the sister of Mexico’s most notorious and violent cartel boss, who vowed to avenge his sister’s death, by any means. At the same time, the F. B. I. is also closing in on this organized ring of crime, that interfered with their investigations of these king pins and criminals. Forcing these trained Marines to improvise, in order to survive and prevail from this tortuous and deadly situation.

More books like Kings of the Night may be found by selecting the categories below: