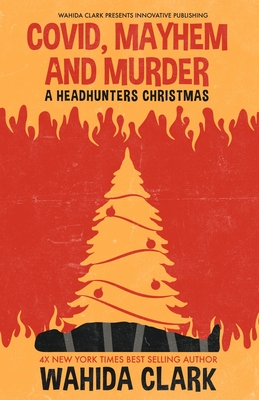 Covid, Mayhem and Murder: A Headhunters Christmas
by Wahida Clark

MARCO IS A HUSTLER’S HUSTLER. Loyalty proves more than a word when his plug, Genesis, commands him to kill a traitor in his Atlanta-based crew during the Christmas season. Marco agrees because he is willing to do anything to carve out a place as Genesis’ right hand. But when top-level hustlers in Genesis’ camp start turning up dead from the result of a string of robberies in the midst of the coronavirus pandemic, Marco must discover who the robbers are, and deal with them, before his head ends up on a plate. But the deeper he digs, the more he realizes that these unique robbers are not what most people would suspect.

Haunted by their mother’s murder nearly a decade ago sisters Rochelle and Lacy struggle to find their way in life. Despite a tremendous amount of pressure from her sister to go to college Lacy instead finds comfort in the streets. As her sister hustles to keep a roof over their head, Lacy thinks the double life she’s living is being kept secret, but soon realizes that she and her sister Rochelle have much more in common than they know.