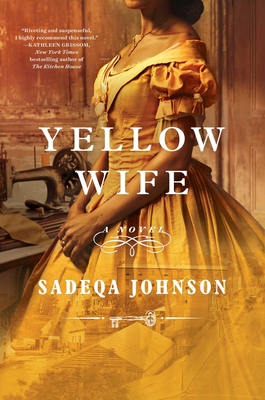 Hardcover Description:
"Wholly engrossing, exquisitely researched, and so timely. Sadeqa Johnson brings a fresh telling to a story we think we already know, making it beautifully relatable and human. Riveting and suspenseful, I highly recommend this novel." —Kathleen Grissom New York Times bestselling author of The Kitchen House This harrowing story follows an enslaved woman forced to barter love and freedom while living in the most infamous slave jail in Virginia. Born on a plantation in Charles City Virginia, Pheby Delores Brown has lived a privileged life. Shielded by her mother’s position as the plantation’s medicine woman, and cherished by the Master’s sister, she is set apart from the others on the plantation, belonging to neither world. Freedom on her eighteenth birthday has been promised to her, but instead of the idyllic life she imagined with her true love, Essex Henry, Pheby is forced to leave the only home she has ever known and unexpectedly finds herself thrust into the bowels of slavery at the infamous "Devil’s Half-Acre," a jail where the enslaved are broken, tortured, and sold every day in Richmond, Virginia. There Pheby is exposed not just to her Jailor’s cruelty but also to his contradictions. To survive Pheby will have to outwit him but soon faces the ultimate sacrifice.

More books like Yellow Wife may be found by selecting the categories below: