Book Review: Beasts Of No Nation: A Novel 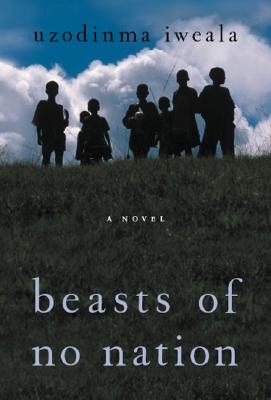 Read a Description of Beasts Of No Nation: A Novel

As John A. Williams, that black titan of letters, often says ’there can never be enough political novels written by our community,’ the number of fiction devoted to this topic has dwindled but other international communities have kept steps. One of the most accomplished, remarkable fictional works, Beasts of No Nation, comes from a first time author, Uzodinma Iweala, a 24-year-old Harvard graduate who lives on these shores and Lagos, Nigeria. While the writer notes that he was inspired by a Newsweek feature about child soldiers and their frequently violent warrior zeal, Iweala delves into the cultural and psychological complexities of the young boys and girls forced into battle and bloodshed.

If war truly molds the heart and mind of an adult man, think of a young boy such as Agu, a smart, moral schoolboy in an unnamed African country torn by civil war, in this short yet brilliant novella. Pick any central African nation in the turmoil of inter-tribal or religious strife and you have the setting for this work. Severed from all familial ties, the transportation of his mother and sister by U.N. soldiers from his village and the brutal murder of his teacher father, Agu is emotionally ripe for recruitment into a squad of guerrilla fighters as the armed struggle between factions escalates.

Ever the chronicler of a youth formed by conflict, both internal and external, Iweala completely comprehends how young minds can be brainwashed into the bloody faith of war. The commandant, duty filled and committed to valor on the battlefield, takes the place of Agu’s father as the boy seeks the older man’s approval and affection. He will do anything or kill anything, regardless of the bedrock Christian faith instilled in him. The boy, regimented under the murderous mandate of the battalion, chants to him: ’Soldier Soldier. Kill Kill Kill. That is how you live. That is how you die.’

War is about life and death, cowardice and courage, valor and surrender. Agu undergoes what every young boy or man experiences when he puts on an uniform or takes up a weapon. It is to Iweala’s credit as a superb novelist that he keeps the internal contradictions flowing even as the situations became very real and very grim. His prose rings totally true in this young African boy’s mind dually full of glorious visions and maddening nightmares.

There have been several articles and features about the phenomena of conscienceless, brainwashed child soldiers in the faraway embattled villages and hamlets of Africa but this brought it home to this reviewer as nothing else did. After this startling debut, one wonders what Iweala will publish next. As Beasts of No Nation, he is a tremendously talented, original fictional voice among those who trade in trends and formulas.

Read Harper’s description of Beasts Of No Nation: A Novel.