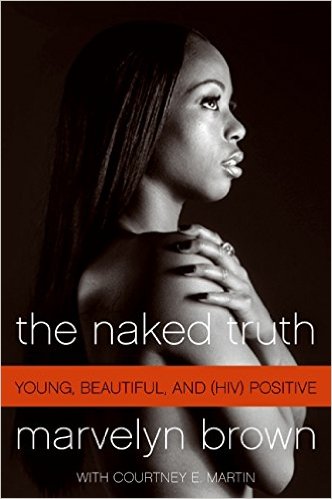 by Marvelyn Brown and Courtney Martin

Read a Description of The Naked Truth: Young, Beautiful, and (HIV) Positive

’I was born Marvelyn Brown, a little black girl in Nashville, Tennessee, on May 7, 1984, but I wouldn’t understand the significance of my existence until it was threatened a couple of decades later. At just 19 years of age, I was unsure what was killing me and, even more disturbing, unwilling to fight.

This is the story of my still young, wild, and, at times, reckless ride of a life. It is a cautionary tale of how I discovered self-love, self-respect, and responsibility and began traveling the globe seeking a truth in hopes of saving the lives of others. It is the story of my marvelous life.’
’Excerpted from the Prologue (page 4)

On July 17, 2003, Marvelyn Brown's life changed forever. That was the day the vivacious Nashville native learned she was HIV+. She had been infected by her boyfriend, a 24 year-old man she only refers to as Prince Charming. For not only had the creep swept the unsuspecting teen off her feet, but he’d hidden the fact that he was also infected with the lethal virus and that he was sleeping around with lots of other women, too.

Sadly, Marvelyn had only become sexually-active relatively recently, having been a bit of a tomboy till she blossomed into a beauty around 18. She’d been a track and basketball star in high school, so between sports and her overprotective parents, she didn't have many opportunities to get into trouble before she went off to college.

However, she dropped out during her freshman year, returned home, and began working two jobs, and that is when she met Prince Charming. Of course, following her diagnosis, she wished she had always used protection during intercourse, especially given the way she was ostracized and her reputation was tarnished when word of her condition spread around the neighborhood like wildfire. 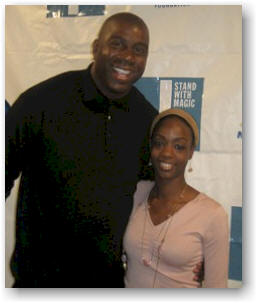 Marvelyn initially felt like her life was almost over, given her ensuing abandonment by friends and family members expecting her imminent demise, and given her dramatic weight loss and other symptoms which made her feel lousy. But with the help of medication and counseling, she soon was able to mange the condition and came to realize that AIDS need not be seen as a death sentence.

The Naked Truth: Young Beautiful and (HIV) Positive is an inspirational memoir which chronicles Marvelyn's evolution from frightened victim to fearless activist. So, this brave young lady, now 24, deserves considerable credit for going public and thus putting a face on the generally hidden and denied disease, and thereby letting young girls know how easy it is to contract.

After all, education is of prime importance in this day and age when African-Americans now account for the majority of the new AIDS infections in the United States. A bittersweet biography you might want to share with any impressionable youngster coming-of-age before they get involved in risky behavior with the potential to turn them into another statistic overwhelmed with regret.