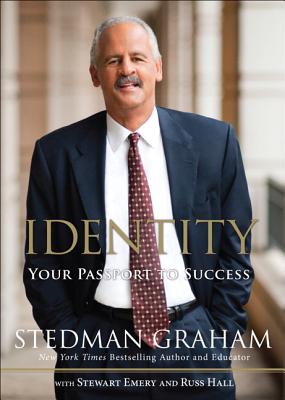 Read a Description of Identity: Your Passport To Success

“The core idea of the book is this: Your happiness and success in life flow from becoming clear about who you are and establishing your authentic identity—first inside yourself and then externally in the world… Knowing yourself is the foundation for building identity. Knowing yourself—being comfortable in your own skin—is an inner process that’s not readily observable by others…

[Yet] you can also think of identity as your personal brand… In this sense… building your identity is about knowing what your calling is, learning how to do it well, and creating value in the world… The message here is that you have the ability within you to live an extraordinary life.”
—Excerpted from the Introduction (pgs 2-3)

Confucius is credited with coining the phrase: “Find a job you love, and you’ll never work a day in your life.” That practical proverb makes as much sense today as when the ancient Chinese philosopher first uttered it over a thousand years ago.

But it’s one thing to read a simplistic piece of advice from a fortune cookie, and quite another to have a life coach map out a viable blueprint designed to make the desired result inevitable. That’s where Stedman Graham comes in.

For, he believes that anybody can find a fulfilling path, provided you do the requisite homework first. And in his new book, Identity: Your Passport to Success, he lays out a nine-step plan which starts with understanding yourself.

Stedman points out that most people have been programmed by society to view themselves very narrowly. So he asks, why allow yourself to be pigeonholed as black, female, a minimum-wage employee or in any number of other limited ways, when you can just as easily operate in today’s world free of such restrictive labels?

To prove that anybody can overcome the longest of odds, he reprints the commencement address Steve Jobs delivered at Stanford in 2005. We learn that the late Apple CEO was surrendered for adoption by his birth mother, and then rejected by his first set of adoptive parents. He was even fired by the company he founded, yet persevered to make a triumphant return as its chairman years later.

Also among the diverse group of luminaries cited in the tome by way of anecdotal evidence are Oprah Winfrey, Blockbuster CEO Jim Keyes and Senator John McCain. The common variable shared by these enviable icons is a deep satisfaction arrived at via introspection and remaining loyal to their authentic selves

A persuasive argument for looking within before reaching for the brass ring.

Read FT Press’s description of Identity: Your Passport To Success.