Book Review: Killing The Messenger: A Story Of Radical Faith, Racism’s Backlash, And The Assassination Of A Journalist 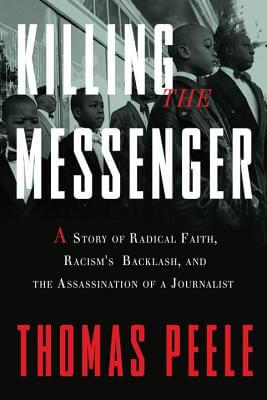 Read a Description of Killing The Messenger: A Story Of Radical Faith, Racism’s Backlash, And The Assassination Of A Journalist

"When a 19 year-old member of a Black Muslim cult assassinated Chauncey Bailey in 2007—the most shocking killing of a journalist in the U.S. in 30 years—the question was: Why? Killing the Messenger… explores one of the most blatant attacks on the 1st Amendment and free speech in American history and the… cult that carried it out…

Yusuf Bey… created a radical religion of bloodshed and fear…through a business called Your Black Muslim Bakery, beating and raping dozens of women… and fathering more than 40 children… [while] the police looked the other way as his violent soldiers ruled the streets. [culminating] in a journalist’s murder."
—Excerpted from the inside cover of the book’s dust jacket

Any Western journalist who’s honest will admit that they’re scared to write anything critical about Islam, since it doesn’t take much to make a mullah put a price on your head. Consider the recent history. Everyone from novelist Salman Rushdie to Danish cartoonist Kurt Westergaard have had to go into hiding because of all the death threats they received after publishing material Muslims deemed offensive. And Dutch director Theo van Gogh was stabbed to death by a disgruntled fundamentalist because he made a movie about honor killings and other forms of violence still being perpetrated against innocent females in the name of Allah.

Much closer to home, Chauncey Bailey, editor-in-chief of the Oakland Post, was shot dead on the morning of August 2, 2007. He was about to expose a store called Your Black Muslim Bakery as a front for a criminal operation dealing in drugs, sex slaves and murder.

Chauncey’s assassination touched me personally, since he was an editor of mine at the time. In fact, the two of us had spoken just a couple of days before he was gunned down on the street by a Muslim goon squad on orders from their imam, a madman known as Yusuf Bey IV.

Disfigured by a bad case of acne, Bey preached a racist interpretation of the Koran that said white people were devils invented only 6,000 years ago by a big-headed black scientist named Yakub. I am not making this up. Bey was also a Holocaust denier who denigrated Christianity as a spook religion, while predicting the prophet Muhammad’s Second Coming to Earth from outer space in a mile-wide mother ship in order to exterminate Caucasians and Jews.

The delusional cleric boasted about eliminating Bailey while selling bean pies in his store, because he felt that he was untouchable. After all, Bey was already in bed with corrupt Oakland cops willing to look the other way whenever “employees” of the bakery broke the law. 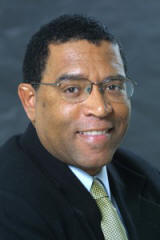 In this case, however, a number of California journalists, outraged by Chauncey’s murder, banded together not only to complete their colleague’s story but to make sure that justice was served. Spearheading that effort was Thomas Peele, an investigative reporter for the Bay Area News Group.

In Killing the Messenger: A Story of Radical Faith, Racism’s Backlash, and the Assassination of a Journalist, Peele recounts the history of Black Muslims in America, the chain of events leading to Chauncey’s slaying, and the court case leading to the convictions of everyone responsible. A riveting opus recounting a bittersweet victory for the fourth estate over radical Islam in the name of freedom of the press.

"...last spoke to Chauncey Bailey just a couple of days before he was assassinated on the streets of downtown Oakland on the morning of August 2nd [2007]."

Read Crown’s description of Killing The Messenger: A Story Of Radical Faith, Racism’s Backlash, And The Assassination Of A Journalist.