Book Review: Grace, Gold, And Glory My Leap Of Faith 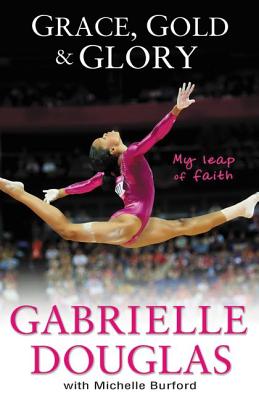 by Gabrielle Douglas and Michelle Burford

Read a Description of Grace, Gold, And Glory My Leap Of Faith

“Gymnastics is not my passion anymore. I want to get famous off of running track, or I want to try dancing, or become a singer. I can get a job at Chick-Fil-A in Virginia Beach&hellip; I just want to be a normal teenage kid. I am so homesick. I just want to come home.”
—A text sent by Gabby Douglas to her mom on January 2, 2012, a mere seven months before the Olympics (page 7)

Gabrielle Douglas became a household name during the Olympic Games in London last summer after she won a couple of gold medals in gymnastics. Regrettably, much of the media coverage accompanying Gabby&rsquo;s historic feat came in the form of superficial sound bites which focused on her bad hair day and on her mother&rsquo;s having recently declared bankruptcy. 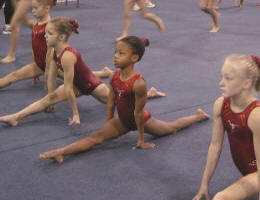 But lost in the media circus surrounding the poised, pretty 16 year-old was the story of the host of challenges she had overcome en route to being crowned the best in the world. The trials began in infancy when she contracted a life-threatening illness called Branched Chain Ketoaciduria.

Although that rare blood disorder eventually went into complete remission, it appears that the affliction might have stunted Gabby&rsquo;s growth. After all, the diminutive dynamo stands only 4&rsquo;11” tall and weighs a mere 94 pounds.

In the revealing autobiography, Gabby regales the reader with intimate tales about her challenging childhood: from her parents&rsquo; divorce when she was four, to being homeless and living in a car, to being bullied, to experiencing the sting of racism, to feeling isolated and homesick when she moved away from her mom and three siblings to Des Moines, Iowa in order to train for the chance to represent the U.S.

She goes on to relate how she scaled all those hurdles with a combination of faith and help from her mom whom she expressly thanks with the acknowledgment that, “I couldn&rsquo;t have accomplished my dream, without your constant support, sacrifice, and belief in me.”

A truly inspirational memoir, by a humble, high-flying, hard-working role model with a very bright future who put her trust in God when the chips were down.

Read Zonderkidz’s description of Grace, Gold, And Glory My Leap Of Faith.