Book Review: I Know Who Holds Tomorrow: A Novel 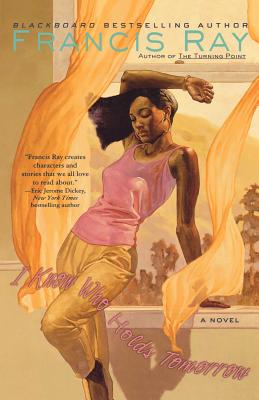 Read a Description of I Know Who Holds Tomorrow: A Novel

I Know Who Holds Tomorrow is the first book that I’ve read written by Francis Ray. I hesitated to pick it up because it shares its title with an old hymn and I thought it was an inspirational book. After I read the synopsis, I was praying that it wasn’t an inspirational/fiction novel, and it wasn’t. I Know Who Holds Tomorrow is about redemption, forgiveness and betrayal. It is a novel with twists, turns and drama. I loved it! I started and finished this novel in one 24-hour period. I ate it up with a fork and spoon.

Madison Reed, a lovely and popular local talk show host, is unhappily married to Wes Reed, a handsome and popular TV correspondent. Madison and Wes are the perfect couple…or so it seems. After the death of their child, the Reeds have drifted apart. Just at the point when Madison is about to ask for a divorce, Wes is critically injured in a car accident while changing a woman’s tire. The woman dies, Wes is fighting for his life, and the woman’s 9-month-old daughter, Manda, is admitted to the hospital. With his last breath, Wes informs Madison that Manda is his daughter wants Madison to take care of her. Wes’ best friend Zachary Holman promises to look after Manda before Wes dies. Madison has to contend with her husband’s infidelity, his illegitimate child, and his mysterious, handsome best friend who has secrets of his own. Yep, it is good and sticky.

The characters were fine. I liked Madison. She had to go through some stuff that I wouldn’t have tolerated. Madison’s reactions and decisions made perfect sense to me, which probably explains my like for her. I can’t stand stupid characters, and Madison is anything but. But on the other hand she’s not exactly ultra quick on the up take either. Early in the book, at the beginning of the unraveling, she kept talking about how close her family was, yet when she’s in the middle of a hurricane she says nothing to them. Although she had her reasons, I didn’t buy ’em. Her whole world is coming apart at the speed of light and Madison is trying to keep that stiff upper lip? Naw. I would’ve been crying on somebody’s shoulder. Other than that Madison was fine.

Zachary was cool too, despite belaboring the fact that he was withholding the truth from Madison. This started to get on my nerves towards the end of the book. But basically Zachary was a decent sort of fella. I would have loved to have the basis for the friendship of Zachary and Wes fleshed out. It’s the stuff that long running soap operas are based on.

An Author Ray has a nice touch, and is a wonderful storyteller. I noticed that Ray didn’t use any curse words or get explicit with the sex scenes. The story certainly didn’t need either and I didn’t miss them. At first the sub-plot that featured Madison’s boss Gordon and Camille, a social worker, was a little distracting. Any other time I would have been irritated, but the sub-plot proved to be equally as interesting as the plot.

Loaded with drama and likable characters, I Know Who Holds Tomorrow was a nice, filling, fast read.

Read St. Martin’s Griffin’s description of I Know Who Holds Tomorrow: A Novel.