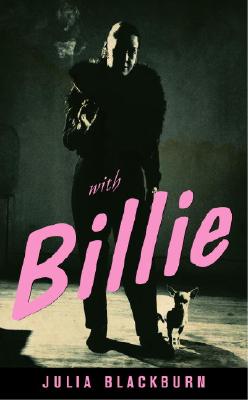 Read a Description of With Billie

Sometimes an author gets a good idea but it takes time, endurance, and determination to complete it. Blackburn, an acclaimed journalist and novelist, took the raw material of a project by biographer Linda Kuehl, a helter-skelter collection of 150 interviews of people who knew jazz icon Billie Holiday from her early days in Baltimore as hardscrabble Eleanor Fagan to the emotionally scarred yet immensely gifted singer Lady Day in New York City. Tenor saxophonist Lester Young gave her that nickname. In the early 1970s, Kuehl assembled this research painstakingly from neighbors, friends, lovers, musicians, producers, critics, and even a black narcotics agent who had a crush on the brown-skinned woman with the white gardenia in her hair but put her behind bars. Two publishers passed on Kuehl's project in 1977, deeming it unmanageable for publication so the author, disheartened, left a jazz concert in Washington DC in a tizzy, went to her hotel room and jumped to her death.

So Blackburn, determined to finish what Kuehl started, catalogued the interviews and data almost twenty years later and set about a quest to discover some of the bitter truth about Billie. From the time Eleanor became Madge (her childhood nickname) and then morphed into Billie, she lived hard and fast, drinking and drugging, and choosing a dangerous existence between victim and victimizer. When those who talk and remember her as a woman and artist, they speak of her as ’never being an affective person, didn't like hugging or kissing ’or ’even being touched at all.’ Yet she had lovers of both sexes which her friends and associates recall, mentioning that she possessed many men and women who shared her bed, among them Dexter Gordon, Lester Young, and Tallulah Bankhead. The reminiscences of the nightlife, the drug scene, and the world of vice and prostitution are akin to the wild, manic times of the 1970s, as her close buddies boldly share.

Although Billie had a tough veneer, especially with those she didn't know, it was the people who could invade her heart and soul that did her the most damage. Repeatedly, several witnesses tell of her managers, boy friends and husbands taking advantage of her, lying and cheating her, bringing heroin in lieu of much needed money. Occasionally, one has to wonder if everyone is telling the truth. You can bet without fail that there is one or two liars among them, fluffing up the real and embellishing the fantasy and the myth. The cast is a big one, with names like Wee Wee Hill, ’Sleepy’ Dean, Skinny ’Rim’ Davenport, James ’Stump’ Cross and Mary ’Pony’ Kane. Nevertheless, Billie Holiday was many things to many people, as talented as she was contradictory.

With the anecdotes aside, it all comes down to the peerless singing and the knock-out music. Blackburn sums it up when she describes the mournful, glorious voice of Billie's voice ’as clear and strong as a trumpet’’sounding ’So close and familiar’ and ’as brave as a lioness and yet sounding as fearful as a child.’ The author gives the readers all of the essential stats and benchmarks of the singer's life in Baltimore and New York, her birth in 1915 to a young mother who couldn't care for her, a ward of the city before age ten, raped at 11, sent to reform school at 12, after a year at the school, then released to her mother who moved to Harlem in a whorehouse, turning tricks, the girl and mother arrested during a night raid, tried and found guilty of vagrancy and sent to Welfare Island, the workhouse, and singing at 14 in a small cabaret in Brooklyn before moving back to Harlem. And then the interviews pick up full throttle from there.

While William Dufty's highly censored Holiday autobio, Lady Sings The Blues, gives the jazz songbird a gussied-up feel, sanitized existence, this Blackburn effort has a much more effective touch of backstage reality, very street, very sexy, and sure to mesmerize those who love the woman and her music. It's not completely honest but it comes close.