Book Review: The Secrets Of Newberry 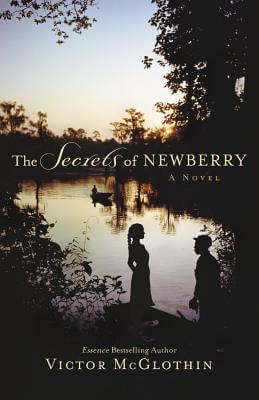 Read a Description of The Secrets Of Newberry

J. D. Mason is a gift that keeps on giving, in a good way. Mason is one of my favorite authors, so much so that I will read anything that has her name on it. A little while ago I read an anthology, Sleep Don't Come Easy, which featured one of her stories. Also in the anthology was a short story written by Victor McGlothin. I hadn't read anything by McGlothin before. I had seen several of his previous novels, but was never moved to actually pick any of the books up and read them. I seriously doubt I would have chosen any of his books if left to my own devices. Since I love Mason, and I don't review any book that I had not read completely, I ended up reading the McGlothin short story and LOVED IT! I knew whenever his next novel showed up; I was going to check it out.

On a night that would eventually alter his life forever; Hampton Bynote, a handsome 21 years old black man, meets Ivory "Bones" Arcineaux, a white hustler, at a gambling house while in the middle of a raid. Their joint escape is the beginning of an unlikely friendship. The two eventually begins throwing down illegal schemes and activities and making a lot of money, then Hampton meets and falls in love with the young Magnolia Holiday at his childhood home, the Delacriox Plantation, in Newberry. Life is looking good for Hampton until doing a planned robbery with Bones, ends with Bones killing a white city councilman. Hampton's life gets sticker than coagulated blood as secrets from Bone's and the Delacriox Plantation rises up to kick Hampton square dead in the teeth.

I had a few minor problems with The Secrets of Newberry. The beginning of the book is stiff. If a book is non-fiction, it is essential that my attention is captured IMMEDIATELY; otherwise I get bored and will put that bad boy down. I'm a little more relaxed when it comes to novels. I will give a novel 100 pages to gain my imagination before I throw it on a shelf to be forgotten. I did not begin to get really "into" the book until I got to page 35 or so. The good news is that once I was hooked, I was hooked!

The characters were all good, but I could have done without Magnolia. Hampton's relationship with Magnolia was flat, time consuming and out of place. Towards the beginning of the book, Magnolia's presence seemed strained. When McGlothin turned the focus to the Hampton-Magnolia relationship, the flow of the story slowed down to a crawl. By the last quarter of the novel, I came to understand why this relationship was important, but I cannot shake the feeling that the Hampton-Magnolia romance was unnecessary.

The Hampton-Magnolia romance is the perfect bridge to my biggest complaint about the novel, McGlothin attempted to seamlessly merge two independent storylines: Hampton's life with Bones in New Orleans; and Hampton's life on the Delacroix Plantation. The two independent storylines does not mesh together, each could have been further develop to have became two separate novels. Hampton's family life on the Delacriox plantation alone is the stuff sagas are made from and McGlothin has the talent and the story to have made it a reality. Truthfully, the only element that the two storylines have in common is Hampton. In Hampton, McGlothin has a character that could have spawned a trio of novels. Hampton could have been to McGlothin what Flem Snopes was to William Faulkner or most recently Easy Rawlins was to Walter Mosley, a signature character. This is one of the few, almost-never-happen times that I wish I was an editor. I would have told McGlothin to break up this combination, luxuriously flesh out the two storylines and make two or three books out of this one.

Putting all of my bitching aside, The Secrets of Newberry is a wonderful read that I would not have traded for any other. The novel is loaded with drama; plenty of dirty, nasty secrets; heartaches and heart breaks; and it all goes down easy, sweet and kick-ass strong. McGlothin not only made a believer out of me, he made me a fan.

Read Grand Central Publishing’s description of The Secrets Of Newberry.