Book Review: The King of No: A Financial Firefighter 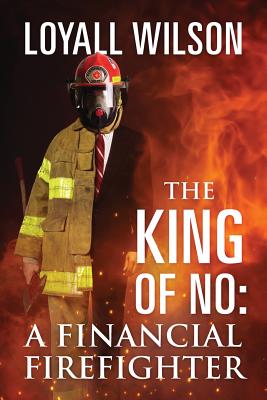 Read a Description of The King of No: A Financial Firefighter

Following 38 years in the investment business, Loyall Wilson assembles some of his financial know-how in this slender book, accumulated from times served as a Chief Compliance Officer in various investment firms. Along with posts such as the key compliance position, he also worked as Executive Vice President, Chief Anti-Money Laundering and Chief Cyber Security Officer, joining the staffs of Merrill Lynch, Charles Schwab, and Olde Stock Brokers.

Wilson’s writing does not dwell on the past. He does not write extensively about his early days in Detroit, his time in the Navy during the Vietnam War, or his any financial hard times after serving on the assembly line at Ford Motor. For Wilson, life begins when he enters the investment world of selling reps, stocks and bonds, and the market.

Proud of following an orderly, button-down existence, Wilson reveals to one interviewer: “I worked on the line at Ford Motors Company for six years, and I had an honorable discharge from the U.S. Navy. I’ve never been in jail. I never did drugs, and I’ve never been in trouble.”

Once inside these blue ribbon firms, Wilson often found he was the only African-American in the position. However, in these white enclaves, he’s no longer surprised when a white counterpart discover he’s black. When he found a white executive who didn’t bring up the black factor, he appreciated courage and honesty from the bosses. “And for that, I gave him my best,” he writes. “I’m not sure I was ever a good fit, but I was the right fit at the right time.”

Compliance, he insists, demand a strong moral ethic, an innate understanding of right and wrong. Wilson spells it out in his first case, involving a $5 million check and a stockbroker in the Los Angeles office. The broker opened accounts under fictitious names, then split the fraudulent cash with his partners. He warns the client, who has the tendency to leave the payee name blank, because the broker would write the name of one of their partners on the line.

Compliance officers would look for “red flags,” such as a new Mercedes-Benz on an annual salary of $20,000. He also cautions clients to read their statements to discover any irregularities. Wilson is motivated by a basic need to protect people, to guard the unaware, and to correct fiscal wrongs. He writes he joined the Navy to protect the country, he protected his brother and sister from his abusive father when younger. He is heartbroken that he couldn’t protect his mother from punches thrown by his Dad.

As a compliance officer at the Olde Stock Brokers under a SEC mandate, Wilson discovers a company operated “like a cross between a sweatshop and an assembly line.” There is no dress code, bad language, and carousing. In one year alone, he fires 20 reps, and Olde is booted out of the industry and fined $5 million.

Compliance demands complete honesty, Wilson writes. He explains the crime of forgery, stealing as a side hustle, the cleansing effect of confession, and the details of white collar thievery. The book is full of teaching moments, applicable in banking and investment.

Wilson’s unforgettable manual for effective investment, client trust, and compliance is rich with insight and illumination. Believing his work has made a difference in the industry, his wise words in his book will do the same.

Read Loyall Wilson’s description of The King of No: A Financial Firefighter.