Book Review: i see through eyes 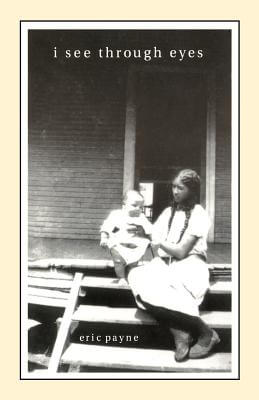 Read a Description of i see through eyes

Book Reviewed by Kalamu ya Salaam

Eric Payne is not ready to publish a book a poetry’but, on the other hand, the 21st century is a new time. If a person believes they are a poet and wants to publish a book a poetry, then, in the words of a popular commercial, they can ’just do it.’ Self publishing no longer has the stigma of ’v*a*n*i*t*y’ press clinging to the results like freshly stepped-in dog doodoo.

Make no mistake, Eric Payne will be ready in a hot minute because, as the contents of this book reveal, he is both talented and serious about writing. Indeed this book would have been significantly better if Payne had had a strong editor, but then, when you self publish you invariably have no editor other than the worse possible editor, i.e. the author. Most young writers have no idea how much difference a good editor can make. Indeed, many people would be utterly amazed at how many nationally celebrated writers were and are significantly assisted by their editors.

The fact that spoken word is so popular also contributes to the problem of publishing work that is not quite ready for the immortality of the page. When you read in public and garner applause, you naturally begin to believe that your work is ready for publication. Nothing could be further from the truth’what it takes to make it on the page is very, very different from what it takes to make it on the stage. Moreover, stage strengths are often untranslatable to the page: voice quality, inflection, articulation skills, all of that and more of that doesn't mean squat when it comes to turning out quality writing.

All of which is not to say that Eric Payne has no talent, in fact, the reason I am even writing this review is precisely because Payne has a lot of talent and could go a long way and really develop into a major poet, but he needs an editor or at least a good workshop.

One big problem is that Payne has too many poems on the same subject’the ups and downs of his love life, especially since he bemoans the absence of love in the midst of a surfeit of sex. At least half of the fifty-some poems in this collection are reflections on some young lady and what she does or does not mean to him. The book is over 100 pages long, it would have been far stronger as a 48-pager, or at most 64 pages.

As an example of both his talent and his shortcomings craft wise, let’s look at one of several haiku.

Sunrise
A blade of grass has
nothing on the scent of you
on me at sunrise.

Where is the metaphorical consistency? The key to the poignancy in the poem is ’the scent of you’ but what is the scent of a blade of grass? The comparison is a weak comparison. How does a blade of grass smell? Here we have what could have been an excellent haiku. I would also suggest that there is no reason to title the haiku ’Sunrise’ and then use sunrise as the key word at the end of the poem. Payne could have called the poem ’Dawning’ to suggest both the sunrise and the beginning of his awareness of how sweet this particular love is.

When I review a book I am concerned about both content and craft. Craft wise Payne is average. Again, a good editor would have helped him sharpen his work.

On the cover is a photo of a woman sitting on the wooden steps of an old house. It's a small house; the front door is open and we can see the back door also open. The woman with braids down pass her breasts is holding a baby. I assume it is mother and son. Payne and his mother? The photo is intimate, intriguing. I wish Eric Payne's poems had been as evocative as the cover snapshot.

I know this is not the review Payne hoped for, but hopefully it is a review that will encourage him to seek professional help so that he can develop his talents.

Read iUniverse’s description of i see through eyes.