Book Review: Incognito: An American Odyssey Of Race And Self-Discovery 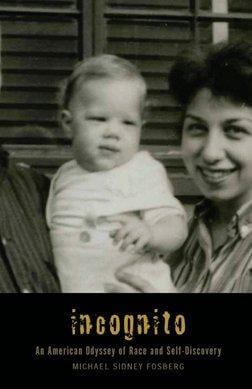 Read a Description of Incognito: An American Odyssey Of Race And Self-Discovery

I grabbed the phone and punched in the number… my heart pounding… My dad… Thirty years later. ‘My name is Michael Sidney Fosberg, and I'm your son!' I blurted out.

‘Son? Well, first of all, I want you to know that no matter what you were told, or what you thought happened, I have always loved you… There's one other thing I'm sure your mother never told you.'

‘I'm African-American,' he said.
My body went numb. I felt light-headed and my legs began to give way. I braced myself against the bureau… I sat down slowly on the bed in stunned silence, trying to breathe without trembling. My throat was dry I struggled to respond, but all I could say was, ‘Wow!'"
--The author learning his father was black. (pgs. 71-74) 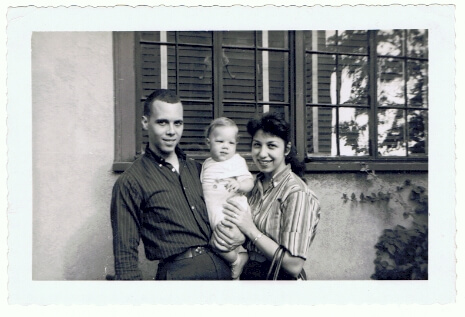 Michael Sidney Fosberg was raised in a lily-white, Chicago suburb at the height of the Civil Rights Movement by his Caucasian mother and stepdad. Consequently, he grew up blissfully unaware of the fact that the real father he'd been separated practically at birth from was black.

A Jew-fro and a slightly swarthy complexion were all that made Michael stand out in family photos taken with his parents and two younger siblings. His mom explained away the differences in their appearance by saying that he was part Cherokee, an excuse which her emotionally-conflicted son bought until he bottomed out in his Thirties while trying to make it as an actor in L.A.

It was then, after almost dying of a drug overdose, that he resolved to turn his life around, despite having thus far frittered away his adulthood in rudderless fashion, between substance-abusing and serial womanizing. With the help of Alcoholics Anonymous, Michael soon sobered up and came to understand the role that "the loss and absence of my biological father at such an early age" had played in his self-destructive patterns.

So, he pressured his mother for info about his paternal roots, and she provided him with a name, John Woods, and a hometown, Detroit, without divulging anything about her ex's ethnicity. Therefore, it's easy to imagine Michael's utter shock upon learning that his long-lost father was African-American.

He soon shared the big development with his half-sister, Lora, who took the news in stride, matter-of-factly remarking, "Damn! My brother's a brother." And that was only the first of numerous jaw-dropping disclosures about to come out of the closet. As it turned out, Michael's dad had remarried after divorcing his mother but had then another mixed child with a Jewish mistress of many years.

Worse, Woods was unemployed, on the run from the law, and doing his best to avoid a stiff prison sentence for bribery. So much for Michael's dream of an idyllic father-son reunion and making up for lost time.

With his dad first evading authorities and then behind bars, Michael instead immersed himself in African-American culture, even becoming engaged briefly to a sister who unfortunately turned out to be a gold digger. Alternately hilarious and heartbreaking, Incognito is a riveting and revealing autobiography of self-discovery with a message most reminiscent of that age old maxim, "Be careful what you wish for!"