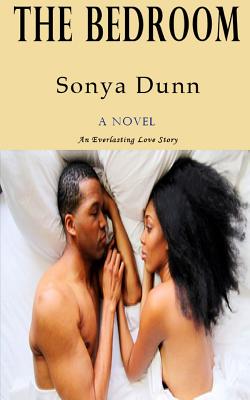 Read a Description of The Bedroom: An Everlasting Love Story

This slight paperback, inspired by the film, The Bedroom, packs several truths of marriage and commitment into its revealing pages. The well-meaning principals in this novel, William and Zorah Hughes, enter into their relationship with all of the blissful joy of a Hallmark card, with a poetic, hokey narrative to match. “She is there,” Sonya Dunn writes. “More beautiful than visions of her in her dreams, there she stands.”

Holy matrimony! A man and a woman, taking the legal steps to connect their lives, is sealed in partnership, when the lovesick hubby asks his beloved if she will always promise to be his. That’s not a good sign. He wants permanence, guarantees, iron-clad promises of loyalty. She promises him everything he craves, but one must always read the fine print of life.

In a very short time, time creates a distance of the heart between the couple. William can’t believe how much they have grown apart, becoming strangers. Intimacy suffers between them. With a few strokes, Dunn expertly depicts the emotional gap between the pair, and when Zorah says she hates him, he believes she still loves him. The couple, proud parents of little children, has had problems in conceiving another and the wife suffers another miscarriage. She is devastated.

Following the loss of another baby, she becomes emotionally withdrawn and pulls back from her man. Her transformation is not lost on William, for he endures no coddling, no kisses, no eye contact. He realizes that this situation may be beyond repair, so he turns to other women because of her constant rejections. Some of the women want to replace his sullen wife. Zorah discovers this secret life on his cellphone.

Outraged by his betrayal, his wife confronts him although he assures it is only sex. His wife cries that she lost her baby six months but he counters it had been over a year since they have been intimate. She wants to leave but he is relentless. Although her anger softens, they make love but she just lays there, lifeless. Her time with him will be dreadfully short due to illness. Fate takes no prisoners.

Oh what a novel this would have been if the characters, situations and dialogue had been fleshed out and extended! Still, this novel of love and marriage points out life is often a difficult journey. There is much meat on this fictional bone, but not enough to savor as a full meal.