Book Review: When Chickenheads Come Home to Roost : My Life as A Hip Hop Feminist 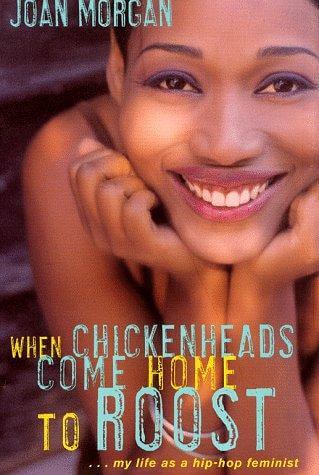 Read a Description of When Chickenheads Come Home to Roost : My Life as A Hip Hop Feminist

Hip-hop has intrinsically woven itself into the fabric of Americana. The culture, music, icons, and players have graced the covers of New York, The New York Times Magazine, Forbes, and Time, among other magazines. There has been much written about who produces and creates the music, fashion, movies, and videos, yet there remains a dearth of serious writing by women about the gender politics surrounding hip-hop. Although a smattering of essays have appeared in journals, magazines, and anthologies, they tend to skirt around the fringes steering clear of the complex issues that engulf hip-hop music and culture. Women write more extensively about the misogyny of male rappers and the sexually-charged, scantily-clothed female rappers.

When it comes to provocative discourse about hip-hop in its entirety, it is the male writer who usually handles the task. In 1994, Tricia Rose's Black Noise: Rap Music and Black Culture in Contemporary America made a significant contribution, setting the stage for women writers to pick up their pens and sit down to some serious writing. Readers are still waiting.

Joan Morgan's When Chickenheads Come Home To Roost...my life as a hip-hop feminist was positioned as a pillar for other women writers to stand upon. That ain't necessarily so. At best, Morgan's book serves as a personal exploration of self evolution. It is one black woman coming to terms with her politics, spirituality, and identity. As a self-defined feminist coming of age alongside hip-hop music and culture, Morgan bluntly asks, "And how come no one ever admits that part of the reason women love hip-hop’ as sexist as it is’is 'cuz all that in-yo-face testosterone makes our nipples hard?"

In the chapter "from fly-girls to bitches and hos," Morgan writes hip-hop a letter declaring their love affair a complicated, abusive relationship that plays a critical role in defining her feminism and is necessary to the survival of her community. In these personal moments, Morgan writes poetically and passionately about race, gender, and sexism. Mostly, her essays explore her relationship with herself, black men, hip-hop and America. From this solitary, cathartic place, she reaches out for black men and women to get real with themselves.

A hip-hop manifesto the book is not. It is clear, candid and solid writing that explores the personal in such a way it becomes general. Morgan expresses herself genuinely and authentically, articulating her experiences, contradictions, and self-doubts ’ at times she is even able to laugh at herself. This technique implores empathy, guiding the reader on a journey of exploring and checking one's self.

Read Simon & Schuster’s description of When Chickenheads Come Home to Roost : My Life as A Hip Hop Feminist.