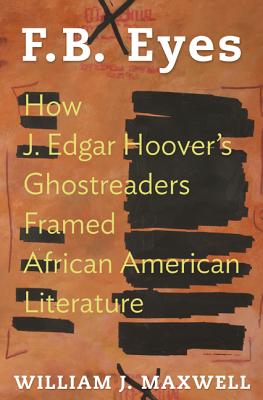 These ghostreaders knew enough to simulate a sinister black literature of their own. The official aim… was to anticipate political unrest. Yet, FBI surveillance came to influence the creation and public reception of African American literature in the heart of the 20th Century…

Illuminating both the serious harms of state surveillance and the ways in which imaginative writing can withstand and exploit it, F.B. Eyes is a groundbreaking account of a long-hidden dimension of African American literature.”
—Excerpted from the Bookjacket 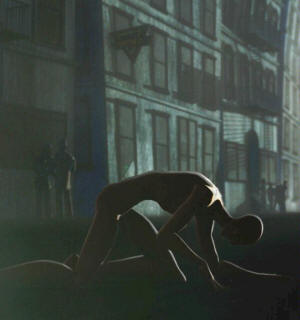 Allen Ginsberg’s epic poem “Howl” begins, “I saw the best minds of my generation destroyed by madness, starving hysterical naked, dragging themselves through the negro streets at dawn…” I couldn’t help but recall that iconic line while reading F.B. Eyes, a damning expose’ by William J. Maxwell illustrating the FBI’s long history of monitoring, policing and infiltrating the ranks of African-American writers.

For decades, from the Harlem Renaissance of the Twenties clear through to the Black Arts Movement of the Seventies, J. Edgar Hoover not only closely monitored the movements and work of black authors but employed agents to create and promote content as a counterintelligence measure.

These revelations are rather disturbing to me, as a Black Literature major-turned-aspiring novelist who failed to get either of my books published after getting a masters degree from an Ivy League institution. It never occurred to me way back then that the reason for all the rejections from publishers might have had more to do with interference on the part of government spies than the quality of the work itself.

However, the degree of FBI interference chronicled here is nothing short of shocking, between the abuses of power and infringements of Constitutional rights. This meticulously-researched opus reveals the Bureau to be a diabolical outfit dedicated to the destruction of the African-American intelligentsia by any means necessary.

For example, we learn that after Amiri Baraka founded the Black Arts Repertory Theater (BART) in Harlem in 1965, Hoover planted moles in the group to ensure the organization’s early demise. He even had the temerity to allow a white Assistant Director, William Sullivan, pose as black while ghostwriting everything from best-sellers to letters threatening the life of Dr. Martin Luther King, Jr.

A daunting discussion of the FBI’s chilling effect on the writing careers and private lives of members of the black literati.

Sullivan wrote under numerous aliases and for real people like Dr. Samuel Riley Pierce whom Hoover was trying to promote as alternatives to actual black leaders.