Book Review: Story/Time: The Life Of An Idea (The Toni Morrison Lecture Series) 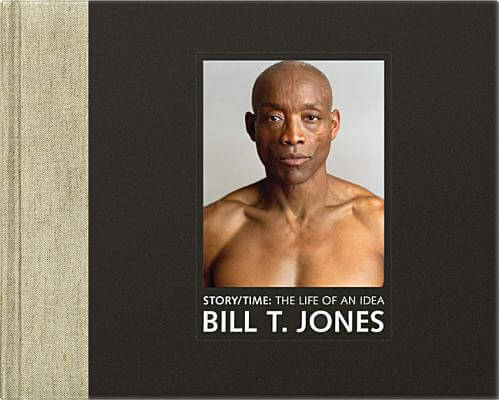 Read a Description of Story/Time: The Life Of An Idea (The Toni Morrison Lecture Series)

“In this ceaselessly questioning book, acclaimed African-American dancer, choreographer and director Bill T. Jones reflects on his art and life… Presenting personal revealing stories, richly illustrated with striking photographs… and featuring a beautiful, large format design, the book is a work of art in itself…

The book is filled with telling vignettes—about Jones’ childhood… about his struggles to find a place for himself in a white-dominated dance world; and about his encounters with notable artists and musicians. In particular, Jones examines his ambivalent attraction to avant-garde modernism… as he strives to make his work more personal and broadly engaging, especially to an African-American audience.

A provocative meditation on the demands and rewards of artistic creation.”
—Excerpted from the Book Jacket

Bill T. Jones was born in Bunnell, Florida in 1952 but raised in upstate New York where he would study ballet and modern dance at Binghamton State University. Upon graduating, he embarked on a story book career as co founder of the eponymous company with his late life mate, Arnie Zane.

Besides creating over a hundred original works, Jones has choreographed for everyone from Alvin Ailey to the Boston Ballet to the Berlin Opera. And among his many accolades are a couple of Tony Awards, an Obie Award, a MacArthur Genius Fellowship, the National Medal of Arts, and induction into the National Museum of Dance Hall of Fame.

Story/Time: The Life of an Idea is an ethereal memoir emblematic of this iconoclastic trailblazer’s unpredictable approach to everything he does. The book is basically an attempt to reduce to writing and photographs a trio of multi-media talks Jones delivered at Princeton University as part of the prestigious Toni Morrison Lecture Series.

This would be no mean feat since the endlessly-inventive author’s presentation at Princeton was an impossible to pigeonhole, experimental piece of performance art. The pages of the opus contain his musings mixed with photos and quotes from great thinkers, especially his mentor, John Cage.

Bill T. talks about how he had arrived at college an acting major, yet turned to dance which he saw as “a means by which I could validate my place in the world.” After all, he admits to having felt uneasy on account of his skin color and sexuality.

However, he would soon come to adopt the countercultural attitudes “You are not your body!” and “You will be free if you declare yourself free!” leading to the logical calculation that “The only cost of this freedom is to cut yourself off from the æstraight’ world and any investments, influences, or entanglements it demands.”

The honest reflections of a fearless firebrand who not only did it his way but continues to reinvent himself to this day.