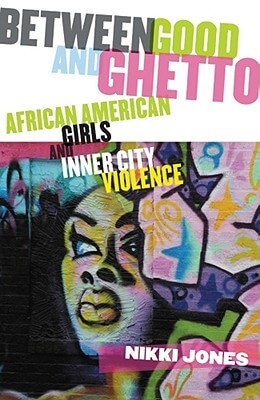 Read a Description of Between Good And Ghetto: African American Girls And Inner-City Violence (Series In Childhood Studies)

’The lives of the inner-city girls and young women profiled in this book are deeply influenced by violence of various kinds. It is not uncommon for adolescent, inner-city girls to witness or directly encounter gun violence associated with drug dealers' disputes, threats of interpersonal violence, or sexual and dating violence. The everyday world that shapes their ideas and actions is not, however, likely to be familiar to many readers...

[Their] unapologetic expression of female strength which contrasts with traditional, White, middle-class conceptions of femininity’was considered necessary for Black women's survival’ In today's inner-city, where the culture of ’The Code’ organizes much of social life, what a girl has got to do to survive has taken on new meanings.’
’Excerpted from the Introduction (pages 17-19)

The recent murder of an African-American honors student brutally beaten to death right outside of his high school by a mob of fellow teenagers failed to generate as much outrage as one would expect. To be honest, the only reason it even became national news is that a classmate had videotaped the whole incident and posted it on Youtube. Otherwise, 16 year-old Derrion Albert probably would only have been mentioned in passing as the latest addition to the ever-escalating statistics on black-on-black youth violence.

Why didn't any pundits publicly question the wisdom of President Obama's flying to Copenhagen that same week to make a sales pitch for the Olympics on behalf of Chicago instead of attending the funeral of the innocent youngster just slain in his beloved hometown? And when the Windy City's bid was so quickly rejected, you have to think that the International Olympic Committee must have factored into their hasty decision a concern for the basic safety of the athletes to walk in public without having a close brush with death every five minutes.

In this country by comparison, we've become so blas' about violence that such attacks are taken in stride and nobody notices that the fastest-growing sector of the prison population are black females, as confirmed by a Pew Center study released last year. Fortunately, Professor Nikki Jones, who teaches Sociology at the University of California at Santa Barbara, has dedicated her research to understanding and reversing the alarming phenomenon. And the fruits of those labors are revealed in Between Good and Ghetto: African-American Girls and Inner-City Violence.

Although Jones limits her focus here to Philadelphia females, the sample she relies on is really representative of what you're likely to encounter in a typical slum area anywhere around America. There, residents must abide by ’The Code of the Street,’ including ’a credible reputation for vengeance that works to deter aggression and disrespect.’ These unwritten rules are a set of people's laws which come into play where the influence of the police ends.

The author argues that, in the ghetto, an adolescent girl's survival revolves around the three R’s, not reading, writing and arithmetic, but reputation, respect and retaliation. And a well-adjusted female has learned how to negotiate her way daily through dangerous waters ranging from personal battles at school to fights with boyfriends and baby-fathers to sexual assaults to robberies, drive-bys, even the coincidence of being at the scene of an unfolding crime.

Thus, it makes sense that Nikki Jones should conclude that, ’If I have learned anything from my years of researching and writing this book, it is that the battle for respect, dignity, and positive life chances is not one these girls should have to fight on their own.’ A sobering discourse on the growing problem of social inequality which must be addressed before our rapidly decaying, urban infrastructure turns the prospect of the fall of American Civilization into a culturally-irreversible fait accompli.