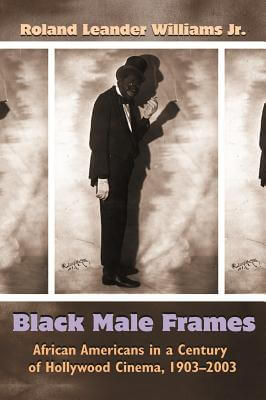 Read a Description of Black Male Frames: African Americans In A Century Of Hollywood Cinema, 1903-2003 (Television And Popular Culture)

“Black Male Frames charts the development and shifting popularity of two stereotypes of black male masculinity in popular American film: the shaman and the scoundrel… [The book] identifies the origins of these roles in an America where black men were forced either to defer or to defy their white masters.

These figures recur in the stories America tells about its black men, from the fictional Jim Crow… to W.E.B. Du Bois. [The author] argues that these two extremes persist today in modern Hollywood, where actors… must cope with and work around such limited options… These men are rewarded for their portrayal of the stereotypes most needed to put America’s ongoing racial anxieties at ease.” —Excerpted from the Bookjacket

In the antebellum era, when minstrel shows took the U.S. by storm as the country’s first popular form of entertainment, African-American males were portrayed by white men in blackface as being either servile or surly. Those polar opposite stereotypes, which served a critical function during slavery, remained the only type of roles available to actual black actors from the dawn of the film industry all the way into the 21st Century.

That is the contention of Roland Leander Williams, Jr. who teaches English at Temple University. In his groundbreaking book, Black Male Frames: African-Americans in a Century of Hollywood Cinema, 1903-2003, Professor Williams sets out to show how black male movie characters have basically been either submissive or subversive to suit the fluctuating needs of the dominant culture.

He sets about proving his thesis by closely examining the careers of five African-American acting icons, starting with Sam Lucas (1839-1916), the first black film star. He was not only the first black to play Uncle Tom onscreen, but he was also the first to portray the deferential character onstage.

Unfolding chronologically, the opus’ entry about Lucas is followed by a chapter devoted to Paul Robeson (1898-1976) entitled “Renaissance Man.” There, we learn that, in sharp contrast to Lucas, Robeson became typecast in a way which strengthened the “impression of blacks as primitives” gaining popularity in the late Twenties.

That image was reversed a generation later, as personified by Sidney Poitier in his Oscar-winning performance in Lilies of the Field. Then, in response to the Black Power Movement came the return of the relatively-assertive rebel as played by Denzel Washington, who won his first Academy Award for Glory in 1990. Meanwhile, waiting in the wings was Morgan Freeman, who languished in the shadows “until the age of multiculturalism arrived, when he took a role (in Driving Miss Daisy) that once again raised the ghost of Uncle Tom.”

As far as the future, the author concludes that only time will tell whether Hollywood will finally stop marginalizing black males as either servants or malcontents and welcome them into the movie mainstream by casting them in a full range of roles without regard to skin color. If not, Professor Williams expresses a sincere concern that history might simply continue to repeat itself.