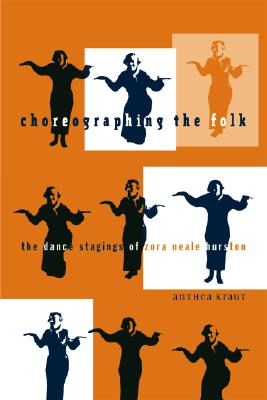 Read a Description of Choreographing The Folk: The Dance Stagings Of Zora Neale Hurston (Indigenous Americas)

’Although I studied ballet and modern from an early age, jazz dance was my greatest love... In these predominantly white spaces, no mention was made of the African-American origins of the idiom’ It was not until my junior year at Carleton College’ that I confronted the racial dynamics that went unspoken in those suburban jazz dance classes' It became clear just how much jazz dance, that quintessentially American form, owed to African-derived traditions' Why had it been so easy to participate in and become passionate about a dance form without learning its history?

As I continued my study of American dance history in graduate school at Northwestern, my interest in ’invisibilized’ histories only deepened. I learned that Zora Neale Hurston had staged a concert with a spectular Bahamian dance finale about which little was known. What began as a quest for information about Hurston's theatrical revues gradually expanded as I uncovered connections between Hurston and a number of leading dance figures.

To a great extent, the recovery project also became a case study of invisibilization ’ an attempt to understand the conditions that enable certain subjects and performances to be forgotten ’ as well as an inquiry into the implications of restoring those subjects and performances to the historical record’ For Hurston's stage work’ did play a role in the composition of American dance as we know it today.’
’Excerpted from the Preface (pages ix-x)

Most people think of Zora Neale Hurston (1891-1960) as a leading figure in the Harlem Renaissance, a literary icon fondly remembered as the author of the novel Their Eyes Were Watching God. However, many forget that she was also a gifted choreographer whose innovative productions helped transform the landscape of modern dance. Sadly, due to racism, she never received the credit she deserved for her contributions to this then emerging field.

The disrespect she was shown was very similar to the way in which African-American jazz artists were denigrated in their day, while many of the white imitators who arrived in their wake, such as the Gershwins and Tommy Dorsey, were celebrated as cultural geniuses. While seminal jazz greats like Satchmo, Fletcher Henderson and Duke Ellington may have belatedly gotten their due, the same can't be said for dance where Hurston's name is still never mentioned in the same breath as the Caucasians generally credited with accelerating the acceptance of modern during the period between the two world wars.

Now, thanks to Anthea Kraut, author of Choreographing the Folk: The Dance Stagings of Zora Neale Hurston, the slight has finally been rectified. For, the detail-oriented Professor Kraut, who teaches dance at the University of California ’ Riverside, goes to great pains, here, to re-authenticate Hurston's scores and theatrical stagings, while simultaneously raising suspicions about some of her competitors who undoubtedly benefited from their lack of melanin.