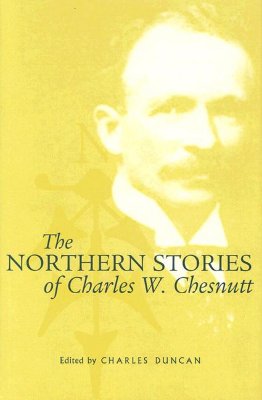 Read a Description of Northern Stories Of Charles W. Chesnutt

Today's image-obsessed pop stars pride themselves on continually unveiling new identities.  But truth be told, they are latecomers to the game of self-reinvention.

The golden age occurred more than 100 years ago, during the aptly titled "reconstruction" period, when former slaves were hungry to forge new identities.  The American North, composed of Union states was the perfect canvas on which to paint a new self-image. "The Northern Stories of Charles W. Chesnutt", published by Ohio University Press, insightfully explores these pivotal years in America's history.

"The Northern Stories" takes place during a time when industrialization, urbanization, immigration an scientific invention spurred changes in social mores.  Chesnutt's  "North" was a place where former slaves could shed their pain-filled lives and reinvent themselves with hard work and determination.  But in all of these stories, echoes of the wretched past threaten newfound identities.

Many stories feature a burgeoning class of black strivers as protagonists (although nine stories are exclusively concerned with white characters.)  These tales are swiftly paced, streaked with humor and immediately seductive.  Editor Charles Duncan's insightful prefaces place each story in context.

These 18 short stories are concerned with identity and value in a changing society; race and color were the prisms through which Chesnutt examined these issues.  In these stories, people frequently are not recognized for their true identities due to some external factor.  Interestingly marriage as a vehicle for self-reinvention, figures prominently among black and white characters, almost prefiguring the frequent nuptial antics of today's celebs.

In "Baxter's Procrustes" members of an exclusive literary society are doubled over with delight at their book's handsome appearance, exquisitely crafted with pages of the finest quality stock.  But the joke is on them when they discover that the publication contains blank pages.  In this and other stories, Chesnutt seems to ask: Do we ever get to know the interiors of each other, or are the externalities sufficient?

Many of the stories' plots are propelled by strange coincidences, typical of Victorian-era writing, that strain the credulity of today's readers.  In "Cartwright's Mistake", an obese man attains a slim physique within a few weeks. In "Her Virginia Mammy", a woman searching for her heritage encounters the person who has just the information she needs.  Some of the language and sensibilities in the "Northern Stories" are archaic -- men turn down opportunities for easy romance because another woman "has a mortgage on their affections".  While some of the sensibilities are old-fashioned, the characters' obsession with and consciousness of upward mobility is as current and familiar as d’j’ vu all over again.

The issues explored in Chesnutt's stories still resonate.  American society continues to value externals as signifiers of worth. And even when a new identity is successfully attained, the question remains: Des is protect one from pity and scorn?   Is one's station in life permanently fixed despite the glossy  veneers of wealth, education, business success and exalted social status?  Can upward mobility erase humble origins, or are they still embarrassingly evident, like an odor that cannot be washed, powdered or perfumed away?

Chesnutt gained fame as the first great black novelist for "The Marrow of Tradition" and "The House Behind the Cedars".  The 1990s witnessed a revival in interest and resotr4ed his status as a prominent American writer. Readers interested in the evolution and intransigence of American social relations will find "The Northern Stories of Charles W. Chesnutt" to be both satisfying and confounding, for unfortunately, the more things change, the more they stay the same.