Book Review: If I did it : Confessions of the Killer 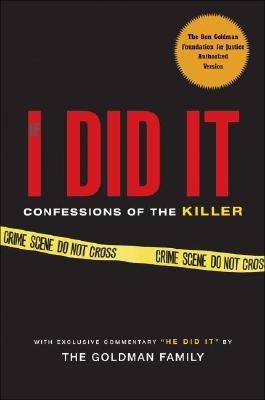 Read a Description of If I did it : Confessions of the Killer

"I'm going to tell you a story you've never heard before, because no one knows this story the way I know it. It takes place on the night of June 12, 1994, and it concerns the murder of my ex-wife, Nicole Brown Simpson, and her young friend, Ronald Goldman. I want you to forget everything you think you know about that night, because I know the facts better than anyone.

I know the players. I've seen the evidence. I've heard the theories. And, of course, I've read all the stories: That I did it. That I did it but I don't know I did it. That I can no longer tell fact from fiction’ Well, sit back people. The things I know, and the things I believe, you can't even imagine. And I'm going to share them with you. Because the story you know, or think you know- that's not the story. Not even close."
’Excerpted from Chapter One (pg. 1) 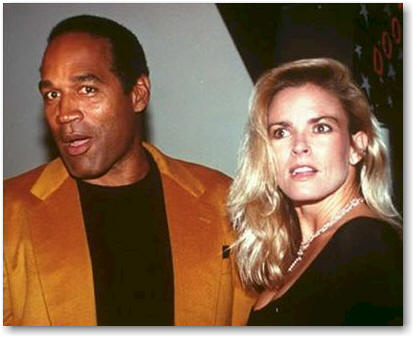 Why O.J. Simpson would spend millions on a Dream Team of defense attorneys only to turn around and confess to killing his ex-wife a decade after being acquitted is beyond me. And if he hadn’t recently been arrested for robbery, I would never have believed that his motive might be money. Afterall, he has reportedly created dummy corporations and offshore bank accounts and other shady shenanigans to avoid paying a penny of the judgments levied against him by the courts in wrongful death civil cases brought by the estates of Nicole Brown and Ron Goldman. 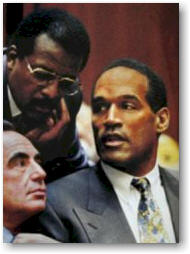 Now, however, murder makes for strange bedfellows, as O.J. has collaborated with ghostwriter Pablo Fenjves to write If I Did It, a memoir which essentially amounts to a chilling confession. What is ironic is that Fenjjves had testified as a witness for the prosecution during the celebrated Trial of the Century, since he was a neighbor of Nicole's and had heard the plaintive cries of her pet dog at about the time that she and Ron expired. Equally odd is the participation of the Goldman Family on the project, which is explained by the fact that they were successful at wresting both the profits and editorial control of the book away from Simpson.

Is it a worthwhile read? Yeah, for those curious about what really happened or still on the fence about Simpson's guilt or innocence. But it all boils down to one chapter, entitled "The Night in Question," which recounts a fairly detailed blow-by-blow of the day's events right up until the point where Ron attempted to use karate to defend himself and Nicole from O.J. and a friend named Charlie (a pseudonym). At that point, the author conveniently says he blacked out and came around a minute later with a knife in his hands and covered in blood.

Okay, O.J. essentially admits he did it, but spares us all the gory details.

Read To Be Determined’s description of If I did it : Confessions of the Killer.