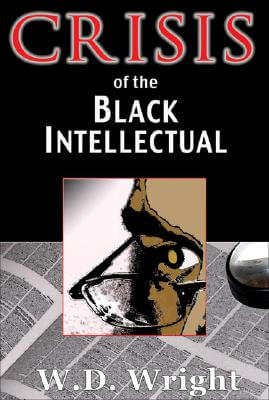 Read a Description of Crisis of the Black Intellectual

’Today there are many Black intellectuals who do not think of Black people as a people and have no wish to do so. They think of themselves as individuals and look upon Blacks that way as well. And this idea is espoused by more people than just the Black conservatives, although they have made a fetish of this kind of conception and Black social response in America.

Black intellectuals are mainly from the Black middle-class' [which] has lost- if it has not abandoned altogether- its historical mission, which was to help Black people as a people, as well as Black individuals, to advance and to be free in America.’
’Excerpted from the Introduction (pg. 20)

With the publishing of The Crisis of the Negro Intellectual back in 1967, Harold Cruse issued a clarion call to the emerging black intelligentsia to remember and remain faithful its cultural roots. Now, 40 years later, Crisis of the Black Intellectual reassesses the state of the African-American egghead and makes the case that an equally-urgent appeal to a collective consciousness-raising is in order.

Taking no prisoners in the process, W.D. Wright initiates a sharp-tongued discourse in order to shake Ivory Tower blacks out of what he refers to as their ’comfort groove.’ The author, Professor Emeritus at Southern Connecticut University, repeatedly resorts to cogent, if incendiary reasoning to indict bourgie brothers and sisters out of their middle-class malaise, so that they again empathize with the predicament of less-fortunate yet to get their piece of the pie.

Wright communicates with a sword-like clarity, such as when he writes about the nature of the debt owed by better-off African-Americans to those still stuck in the ’hood. ’No Black intellectual has to identify with being Black or even with Black history, Black culture, or Black social life’ but any time [they] write or talk in a public manner about Black History, Black identity, Black life, and the means Blacks should seek to advance or be free in America, they forfeit their insulated individualist status.’

Noting the emergence of the black neo-con, the author astutely observes that ’Whites no longer speak on behalf of blacks like they used to do.’ Instead, he argues that racist whites rely on black surrogates willing to present themselves as speaking for black people while really representing the interests of whites. I won’t name names (except for the most obvious, Ray Nagin), but many just such an African-American leader came to mind while perusing the pages of this seminal sequel to Cruse's opus.