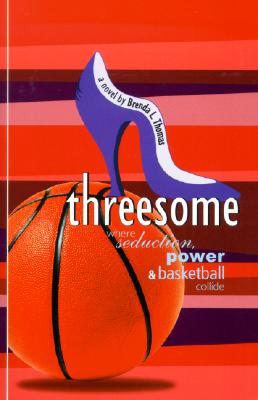 I must say, this book was not what I expected.

The book's main character, Sasha Borianni, provides a strong pivotal force as an independent, sharply-dressed African-American woman with a penchant for unavailable men. Whether it be a fatal confrontation with her lover's wife or a rape by her 24-year old pro basketball lover, Sasha handles both situations and their respective fallouts with aplomb, a designer outfit, and a game face set in granite.

Despite the riveting storyline, this book is not without its flaws. The author could have expanded the presence of Arshell, Sasha's best friend and conscience. Though her advice generally went unheeded, I would have liked to have seen more interaction between Arshell and Sasha. The emphasis on Sasha’s penchant for cooking Italian cuisine is little more than a distraction; it could have been left out without disturbing the integrity of the book. The description of Sasha's Italian great-grandmother is more than sufficient to explain Sasha’s last name and heritage. Likewise, the peppering of designer phrases and names throughout the book is a bit heavyhanded; they detract from Sasha's image as a classy woman instead of attracting such an image.

Ms. Thomas did a very good job in fleshing out Cole, Sasha's married lover. Though his character seemed to wane in the latter part of the book, it actually stayed true to form. The chapters that focused on him in the beginning of the book were nothing if not scary; to see his thought processes gave me chills. Phoenix was equally fearsome as the talented player with a large bank account, a larger ego, and the grandiose sense of entitlement that usually accompanies professional athletes. Trent, Sasha's last lover, was the least exciting of the three. Ms. Thomas did not fully evolve Trent's campaign for president of the IBEW or his reactions to the aftermath of the election. Even the development of his relationship with Sasha is lacking in excitement. My interest in his character began to wander shortly after his introduction in the book. Perhaps this is because his personality and personal drama is not as prominent as those of the other two men in the book. This may have been a deliberate move on the author's part, though.

The title of the book could refer to one of Sasha's many relationships: with Cole and Trent; with Trent and Phoenix; with Maria, her first lover, and Maria's husband Nicky; with her father and her father's women; with power and sex; even the relationship between the male, female, and child parts of herself that she had yet to integrate. Sasha as the central point of the threesomes makes you think and almost redefine your stances on certain issues. Do her actions and reactions make her a whore, or a victim of circumstance? Is she capable of loving the men in her life, or is she in love with her sexual power in the situations? Is she addicted to sex, or just someone who enjoys it a lot? Regardless of your answers to these questions, Sasha Borianni will remain on your mind for some time after you've closed the covers of this book.