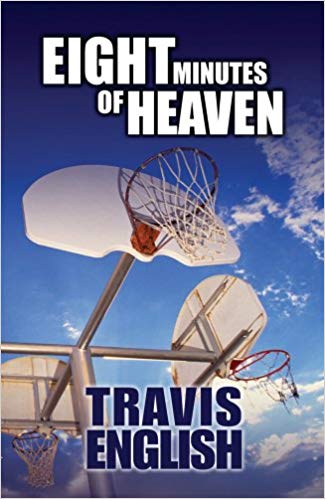 Read a Description of Eight Minutes Of Heaven

Travis English, author of Knights of Paris, returns with his second work of fiction, Eight Minutes of Heaven, a story about Derek Treadwell, who gives up on the golden promise of Los Angeles, the city of angels, for love in a small town in Texas. His father, Frank, wants him to be a man and to start making adult decisions concerning his life and loves. Pops is very suspicious of Derek moving to Texas to be with his girlfriend, possibly remembering his hardscrabble days of growing up in the cotton fields of East Texas. After all, Frank is still a country boy at heart and he can't understand the motivations of his citified son.

Skilled in recreating the snappy jive talk between Black male friends, English permits Jon, one of Derek's best pals, to chat him up on the business of love, romance, and women. Derek knows he doesn't have much luck in this area, especially when his last girlfriend, Mona, a high-maintenance filly working as a senior tax advisor at a good firm, dumped on his hopes of settling down. Mona continually disrespected Derek and he got tired of it. His mother, Lola, was spooked by Mona as well.

But when Derek met Bernadine Titus (Bernie) two weeks after the split-up, his mother rejoiced and considered this woman a keeper. She sized her up as pretty, confident and humble. Not like that other girl, Mona. However, Bernie moved back to her hometown to teach English in her local high school. When Derek visited Bernie's hometown in Texas for the first time, he loved the warmth and graciousness of the residents, both Black and white. Dana, Derek's youngest sister, helped to weaken their father's resistance about his son's move. He could never say no to her.

Both Jon and Dexter, Derek's friends, warn him about putting all of his faith in Bernie, a woman who might be hiding behind God and the church, masking some real wicked personal demons. However, Derek's arrival to Clarksville is pleasant, although some of the locals caution him that the town might be dead in contrast to Los Angeles. Once there, he lands a job coaching a youth basketball team, a squad of eight widely different individuals but the new coach has the smarts and grit to deal with them.

What is an asset in the novel's favor is that it could have gone down the hokey romance road, instead English elevates it into an effective character study of a man and two women wrestling with matters of the heart. At the job, Derek meets Carmen, a sassy beauty, who intrigues him but he chooses to remain true to Bernie. Their interaction has all of the makings of a pair who want a little erotic private time but they keep it strictly business. Meanwhile, Bernie have plans for their future son-in-law, but Derek is bothered by his discovery of Khalil, Bernie's former lover. He concentrates on his mission of keeping his relationship with Bernie solid and stable.

At his creative peak, English loves when he is describing action on the basketball court. It rings true, as does Coach D (Derek), and all of the team off the court as well. He does equally well when the coach pushes the Sixers, that's the team's name, during practice. The team blossoms under his guidance, playing like seasoned vets, whether on offense or defense. They launch full tilt into a winning season and do not look back.

However, in no time, Derek, totally fatigued, is burned out from the pressures of his professional and private life. Running the team and controlling his life is wearing him out. What will he do with his growing feelings toward Carmen? Can he trust Bernie with her ex around? What kind of future can he achieve in this small Texas town? Life intervenes as it usually does and work things out.

Despite the countless minor characters peopling this hefty Dickens-que novel, English weaves a superb trio of vivid main characters in intricate situations to show that good results often come to good people. His heroes come alive on the page with genuine emotions and concerns. This is a very engaging read.

Capturing the essences of his leading characters, English drives to the heart of each and every one, especially Derek, Frank, Carmen,