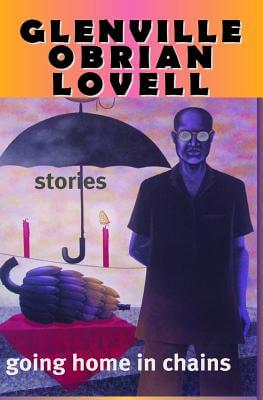 Read a Description of Going Home In Chains

Glenville Lovell, one of the foremost Caribbean writers, has written several novels, including the acclaimed Fire in the Canes, Too Beautiful To Die, and a number of prize-winning plays. With this collection of short fiction, Going Home In Chains, he reaches a new level of narrative maturity, one that allows his characters to become more nuanced and multi-faceted.

The centerpiece of this collection, Going Home In Chains, is from a work-in-progress, “Dreaming of Luis: A Bomber’s Tale of Unyielding Love,” and rates as one of his grand achievements. In the title story, Tunde Ham, an Americanized immigrant and a sandhog from Barbados, accidentally leaves a bag in the Great Hall in the Grand Hall in the Grand Central Market. What happens after that is a stirring tribute to the paranoia about foreign-born citizens as terrorists in the horrifying wake of the 9/11 tragedy. Tunde’s harsh treatment by authorities is a revelation, as the police accuse him of being a tool of al-Queda.

Needing a job, the Muslim brothers get him a construction, but they try to school Tunde in the way of the American empire: “And they counseled me on the ways of America. How natural it is for every other race to treat black people like they have no worth. How America’s culture of materialism is destroying the black man’s soul. How it keeps the black man down. They thought they were telling me something I didn’t know.” (pp. 48)

In “Sweet Destine,” Sweets is baffled by Destine’s sexual journey once she comes to America, but if he had looked at her young life back in Barbados, he would have known she had ventured down that carnal route long ago. The catalyst for her wantonness comes when her surviving a cancer scare two years previous. Lovell is superb in having his characters question their choices and motives, and he takes the readers along for the fictional wild ride. He is also masterful in handling comedy in the hilarious “Licks Like Peas,” with its rapid-fire screwball antics.

Another take on sexual mores, “Sly Mongoose,” has Esther, a visitor from America, coming home after two decades to confront her molester, a man very popular in her Bajan community. When she asks why her abuser took advantage of her, he calmly replies: “You were there. I could have you.” It’s a very chilling moment in an otherwise revealing tale about misdeeds and their consequences. In another story, “The Night I Slept With Solace,” a lover of a very beautiful girl, whose life is cluttered with heartbreakers, remembers her youthful innocence and wonders whether he could have saved her from her personal hell. Truly engaging.

With other stories like “Tall Like You,” “Welcome,” and “Court Jesters,” Lovell affirms the various routes people often take in life, sometimes triumphant, sometimes wallowing in excess and negativity. Read these stories and share in their bold experiences. Lovell quickly draws you in and grips you in his tropical alchemy to the final pages of this book.