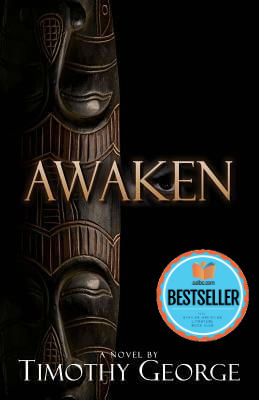 Read a Description of Awaken

Awaken is a powerful story about heritage and restoration. Author Timothy George takes an innovative approach in this African-focused tale by combining mysticism and adventure while openly challenging what readers think they know about the continent's history.

After his father’s death, Thomas Jet, an investment banker, meets Dr. Oble, an African psychic seer, when he attends his family reunion in South Carolina. Dr. Oble addresses Thomas as Jesse, the name of his late uncle. After his encounter with Dr. Oble, Thomas begins to have disturbing dreams, which leads him to reach out to the psychic. While in Virginia on business with his old Army buddy, Jack Regis, Thomas connects with Dr. Oble again to learn more about his family history. He tells Thomas about the oral history of many African tribes that was passed down through the generations. Thomas learns that he is a part of that tradition.

As a favor to Thomas, Jack, a former CIA agent, uses his connections to collect information about Dr. Oble. This act sets off a series of events that brings both Thomas and Jack to the attention of the CIA. The men later learn that a security firm called the International Bureau of Commerce (IBC), which is staffed by mercenaries, has also taken an interest in them.

When Dr. Oble summons Thomas for the final time, Thomas finds himself with other men Oble has recruited from across the country. During their awakening, the men learn that they are descendants of the leaders of seven African tribes. They are charged with regaining Africa's greatness after centuries of colonialism and corporate pillaging. An elusive artifact and lost treasure are the keys to "The Brotherhood" achieving its goal of restoring Africa to its former greatness.

This book offers action and suspense; it is also intellectually stimulating. George exposes the reader to obscure historical references like the remote viewing programs the United States government funded from the 1970s to the mid-1990s, and the trans-Atlantic expeditions of African King Abubakari Bakr II. The idea of descendants of African tribes accepting the call to rebuild the continent, which has been ravished for so many years, makes for an exciting storyline. I found myself not only cheering for the main characters, but also enlightened by George's descriptions of African culture. The ending leaves the reader wanting to know more about the exploits of Thomas and “The Brotherhood.” I suspect (and hope) a sequel will be forthcoming.