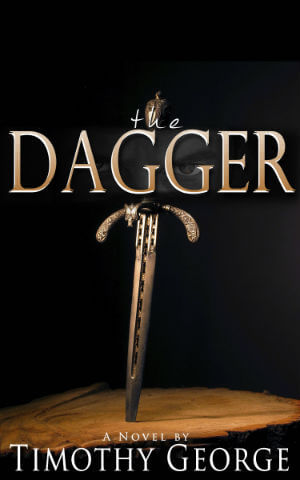 Read a Description of The Dagger

Timothy George’s 2016 novel, The Dagger, should come with a warning to all readers: “Fasten your seatbelts.” The fast-paced thriller is a sequel to the author’s 2012 Awaken, a novel that put Timothy George on the Top 30 Bestselling Author list of the African American Literature Book Club for eight times (aalbc.com).

During the first scene of The Dagger, the author reintroduces Thomas Jet, an investment banker and the main character of the previous book. Jet seems to be coming out of a coma: his face and hands are bandaged and stitched. As his memory is returning, the readers receive a summary of his circumstances and previous adventures. We learn about the Brotherhood, a secret African society, with centuries-old roots reaching back to ancient African kingdoms, and a mission of preserving history and reviving the entire continent of Africa.

It turns out that Jet underwent plastic surgery “to make his final transformation as the new leader of the Brotherhood's intelligence section.” Thus Thomas Jet’s new life and adventures begin. The action, of course, revolves around the dagger, which appears in chapter three: a beautiful, mysterious, medieval weapon that will undoubtedly change the world and the lives of all the eccentric characters in the novel.

It also propels Thomas Jet to establish and prove his leadership in the Brotherhood by coordinating a quest for the mystical, priceless dagger while fending off ruthless and greedy pursuers and rescuing his lover, who was kidnapped and held for ransom for the weapon and its secret power. An unquestionably thorough international, geographical, and historical research; a blockbuster storyline; and a unique message support the success of this novel. Timothy George’s story spans over ancient and modern times in the realms of both mysticism and reality.

I highly recommend this novel to fans of fast-paced global action and international intrigue spiced with ancient spiritualism, science and trending modern technology. Timothy George’s readers will undoubtedly look for the wild ride of the next sequel.