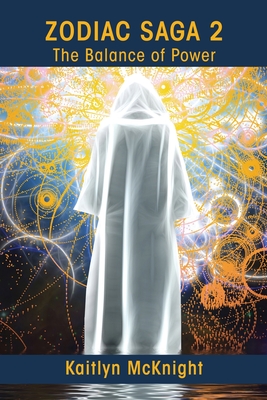 Read a Description of Zodiac Saga 2 The Balance of Power

There are quality novels in the Young Adult novel market. It’s not easy or simple to do these hybrid collections geared for the skateboarders and girls who wear lipstick that won’t wash off. This novel, Zodiac Saga: The Balance of Power, re-works the Greek mythic formula with a spoonful of family loyalty, divine conflicts, and rivalries. Its young writer, Kaitlyn McKnight, shoves the action and double-talk down the reader’s throat. She knows her audience, teens and tweens eager to sample mystery and fantasy without a touch of realistic violence or temptation.

McKnight’s “eccentric” style goes off the rails, but she always reels the action back into a normal flow. Her main character, Cyrus O’ Hara aka Lancaster, is out to save the world, among her besties, Sofia the fearless, Peter the Great, and Judas the Ghoul. The novel features a dramatic quest into a territory of identity, magic, and alchemy, even the worship of mythic figures. She places Lancaster in the middle of turbulence, clinging to belief in the Zodiac Gods despite his discovery of their home, The Temple of Zodia. The focus of the book never wanders from the well-publicized myths of the Zodiac Gods. Aquarius, Virgo, Cancer, Scorpio, and Sagittarius get their chance to fill the reader’s sense of the larger-than-life Gods.

Once in Seattle, Lancaster feels some shame and is sympathetic toward Cancer, the deity who caused the prized gems to lost. After a car crash, some of the team members were taken to the hospital, all in critical condition. Lancaster was thought to be dead and is sprawled in the middle of the road. Sofia tells Judas isn’t dead because he is already dead. Meanwhile, Mercy’s magic saves the 13-year-old boy but she confesses she was not supposed to do it. A vengeful Mercy attacks Sofia, wanting to kill her. Suddenly, the Elders appear behind her and try to determine whether Lancaster is a killer. She tells them a lie, angering Taurus, who believes the teen should be strangled.

Leo wants to feed him to the lions. Scorpio wants to send the boy to his son and the rest of the Elders agreed. Only Aquarius, his father, with his pals Sagittarius and Cancer voted thumbs up. In the end, Aquarius defends his son to the group and Virgo insists he is innocent. He gets off the hook. Lancaster intervenes when he sees Judas hurting a boy but he confronts Sofia, who breaks his nose. Conflict reigns supreme between the characters, rather than explore their personalities.

McKnight is adept at creating surrealistic images such as her depiction of silhouettes that come from apples and once held – control the mind. Also, there are powerful supernatural tricks from the Zodiac Gods such as shape-shifting and magical gifts. Lancaster dodges a group of silhouettes before they infect him and one, however, gets him. Once possessed, the teen asks his father for help and a majestic voice announces if he wants to stop it from controlling him – wet it with water. Drenched, the silhouette screams and vanishes. Surrounded by the possessed, Sofia calls her father, Taurus, for her defense after the crowd includes Peter. Cyrus rams Peter and his silhouette departs.

Her descriptive gifts serve her well. “The blackened room turned into a Middle Eastern town,” she writes. “People bustled, passed us as if we were ghosts. The sun brightened every location in the town. The merchants could be heard over the sounds of children playing, adult men yelling at one another and adult women laughing as they watched the men make fools of themselves.”

Sometimes McKnight imparts wit and wisdom as this scene about obstacles shows. “Obstacles get in the way of what your need to complete,” she notes. “Sometimes you either jump over an obstacle or move it out your way.”

In the end, the military is sent in to deal with the possessed. Lancaster fights a bear with a sword and the beast changes into a lion, which wounds him. However, the Gods want a truce but Taurus appears and gets into a ruckus with the teen. He shouts and the silhouettes and the undead disappears into a hole. Finally, the Balance is restored in the universe. Answering Virgo, Lancaster says “I am a God,” acknowledging his super powers.

This Young Adult novel will definitely entertain McKnight’s intended audience. Although the book resembles mythic films such as Jason and The Argonauts and Clash of the Titans, it explores a young boy’s imagination and dreams to shape an unstable world. It’s just what youthful readers desire and deserves some space in their bookshelves.