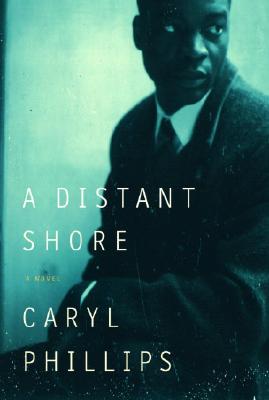 Read a Description of A Distant Shore.

Caryl Phillips may have out done himself with his newest novel, A Distant Shore. It is in my opinion one of the most accomplished works I have read this year. The structure is unique. The plot is deceivingly simple and impressive. The writing . . . masterful. All the right ingredients for a good fiction novel have been whipped together for a wonderful read.

A Distant Shore is set in present day England and is a compelling story of a man and woman that live alone, fighting loneliness, fear and isolation. Phillips characters; Dorothy Jones, a depressed-obsessed-piano teacher-divorce' and Solomon, an African solider who has fled his war-torn country, are amazingly vivid. Their perspectives of the world are clear and humanistic, even though both come from extremely different backgrounds, which is what makes their friendship so special.

The two become next door neighbors when Dorothy is forced into early retirement and decides to move to some new estates development, buying a bungalow five miles from her hometown. Solomon is the night watchman of the estates and a volunteer driver for the small community. At first, I laughed at how nosey and judgmental Dorothy was in her observations of the world, her clumsiness of dealing with her own life comical. So much so, that I was surprised that Solomon, who stayed to himself wanted desperately to be her driver. Now, don't misunderstand. A Distant Shore is no Driving Miss Daisy. There is soooo much more too this story.

It is the meeting of different worlds . . . different beliefs . . . and different struggles. From the day the two meet the reader will notice the strong bond between Dorothy and Solomon and their urgency with needing each other. Of course neither would ever admit it. That would be way too easy. Instead they pretend to merely tolerate each other and continue on in humdrum lives, keeping secrets, while becoming closer than they realize. It is not until Dorothy misses Solomon that she finds out how much.

A Distant Shore is told from the present to the past to the present. It unfolds, showcasing the compassion and deep hurts of both previous lives before meeting. What the reader will discover is so electrifying . . . So powerful . . . So Real! Phillips talent shines with creativity and imagination with his unusual technique, allowing the reader just enough information, then yanks them backwards in time to let them in on other little secrets from Dorothy and Solomon's past. This style of storytelling is tricky in the beginning and may cause the reader some confusion, but rest assured, it all blends together perfectly.

In my opinion, A Distant Shore is a welcome addition to any reader's book shelves. Thanks Caryl for a refreshing story . . . you showed major skills. Kudos!