Book Review: The Gods of the Bacteria: The World Before Darwin 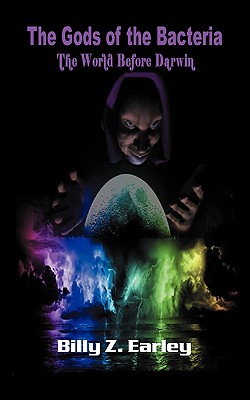 Read a Description of The Gods of the Bacteria: The World Before Darwin

Dr. Billy Earley, a veteran practitioner and graduate from the Charles Drew School of Medicine and Science, brings his expertise of cellular biology and genetics to the printed page with his latest book, The Gods Of Bacteria. The trick of this novel, thinly disguised as a science lecture, is to explain the complexities of life and the interconnected realm of all cellular structure. He has done a masterful job with a topic which would bore most readers, young or old, to tears.

First, Dr. Earley sets the stage for his plot worthy of Shakespeare or Dumas into pure scientific terms: an isolated planet of water and large areas of land before the arrival of Man or even that of the young English scientist Charles Darwin. He explains how the wonderful world of bacteria, fungus and viral microorganisms came together so that life as we know it could be formed.

Then the author places a medieval plot into this microscopic realm where Bacterior, a leader of the Bacterians, has a grand scheme to spread out his empire, to go beyond his borders. He fires up his troops and gives the order but they are repulsed by a strange fungus. It kills a large number of the soldiers and then spreads unchecked through the general population. The king is crazed with finding a cure, putting his doctors on notice to bring relief to the afflicted soldiers. Meanwhile, Grace, his queen, sees a rainbow and falsely informs her man that this is a sign from the Gods.

Bacterior believes the sign of the rainbow is divine and declares it be holy. He builds an arch to the rainbow gods so the people could worship. His wife knows she has created a monster and the priest realizes it too. Meanwhile, the queen discovers that Bacterior has fathered a baby with one of his palace aides, a revelation that pains her because she cannot have children. There are schemes, betrayals and bloodshed in this opera of fantasy and court intrigue with the king, the priest and the doctors all vying for control.

Throughout this short novella, royalty and religion try to win the public's favor with lies, myth, and brutality. Dr. Earley, a man of science, draws parallels with this realm and the contemporary world where the political and organized religious influences have distorted and twisted basic truths about life and values to their advantage. He explains these themes in a simple, straightforward manner in this sword-and-sandals plot better than the more intricate novels could have.

In the end, only with an outside influence did Bacterior reach enlightenment of the power of life and death within his people and the so-called "walking caves" or people that housed their gift. The research of his doctors provides him with the glorious knowledge of the Divine within everyone without the priest's false idols and myths. Dr. Earley is saying we need to take science seriously. We need our students to take the mysteries of science seriously. Dr. Earley's slender volume should be required reading for all students in middle-school and even their parents who are suspicious with discoveries and revelations in science and medicine.

Read Outskirts Press’s description of The Gods of the Bacteria: The World Before Darwin.