Book Review: The Other Side Of Losing 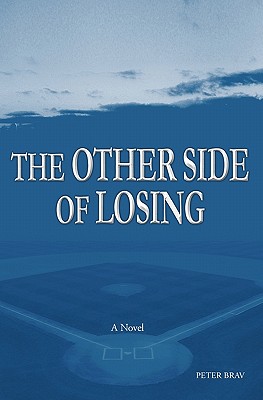 Read a Description of The Other Side Of Losing

’The Curse of the Goat’ Real Cubs fans don't talk about it much, no more than once or twice a season. Usually it’s August, sometimes September, very rarely October. But then out it comes. A little comment about the goat, maybe a suggestion that we sacrifice a goat at home plate or bring a herd of goats into every game.

In a world that defies explanation, people do like their superstitions though. Boston had its Curse of the Bambino, someone’s imaginative spell attributed to Babe Ruth in the wake of his trade to the Yankees shortly after the Red Sox won it all in 1918. That nonsense lasted a mere 86 years.

Real Cubs fans know all of this and more. This story is for them.’
’Excerpted from the Preface (page 10)

There are always a bunch of baseball books released right at the start of every season, and among the cream of this year’s crop is ’The Other Side of Losing,’ a novel likely to tickle the fancy of any fan with a soft spot in their hearts for the Cubs. For this edge of your seat page-turner by Peter Brav chronicles a valiant effort by that seemingly-cursed franchise to follow in the footsteps of the Boston Red Sox by ending the longest World Series drought.

The last time the Cubs won was over a century ago in 1908 and, if you listen to the odds-makers in Las Vegas, they are actually the favorites to represent the National League in the upcoming fall classic. Of course that’s easier said than done, given that many superstitious Cub loyalists still consider the club to be saddled by an enduring hex said to have been cast in the wake of a team mascot’s being banned from Wrigley Field during Game 4 of the 1945 World Series.

You don't need me to explain exactly what a live goat was doing in a box seat in the first place, because Mr. Brav has imperceptibly interwoven that incident and a cornucopia of other fascinating trivia into his delightful fictional account of a season where it looks like the lovable perennial losers’ might finally get to experience ’The Other Side of Losing.’

Meticulously researched in a fashion anyone familiar with the North Side of the Windy City is apt to appreciate, this struggle of the underdog against the odds unfolds on the streets and inside several working-class establishments located right in the shadow of Wrigley. In an earthy style rather reminiscent of Chicago native son David Mamet, the gifted author introduces us to a colorful cast of motley characters right out of a Damon Runyon yarn.

The engaging story is nattily narrated by Benny, a lawyer with a storefront office whose best friend, Riley, owns a cleaners up the block. After hours, they like hanging out at Salvatore’s, a working-class watering hole with a waitress attractive enough to date ballplayers.

The plot thickens when a couple of minor league prospects Benny represents are called up by the Cubs, and they proceed to make some major contributions during the ensuing miraculous campaign. Meanwhile, Brav masterfully spins several compelling sidebars by embroiling his principal cast members in somewhat sobering predicaments to be resolved satisfactorily en route to the big October showdown with the Yankees on the baseball diamond.

Yet, always simmering just beneath the surface is the burning question, can this really be the year the Cubs break the spell? Or are they fated to remain also-rans forever? Far be it from me to spoil the ending of such a riveting read. However, I suspect that if you're a Cubs fan, you might be impatient to find out the answer. After all, if life, as they say, really imitates art, your team’s prospects in 2009 might be revealed by the finale of this timely tome’s possibly prophetic pages.

Read BookSurge Publishing’s description of The Other Side Of Losing.