Book Review: Gay Girl, Good God: The Story of Who I Was, and Who God Has Always Been 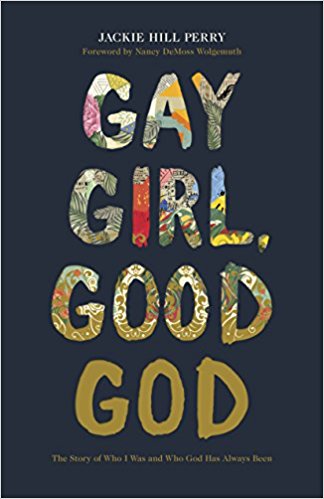 Read a Description of Gay Girl, Good God: The Story of Who I Was, and Who God Has Always Been

In the midst of arguably a time of the greatest push for the advocacy of LGBT acceptance, Jackie Hill-Perry has released a book entitled Gay Girl, Good God. This book is autobiographical in nature, and offers insight into her transformative journey of an unchanging God throughout her bondage to a life that was not pleasing to the God that she ambiguously knew prior to her transformation.

I must admit that though I love the title of this book, I have my reservations with it as well. Though as stated in her subtitle, this is a story of who she once was and who God has always been, Gay Girl, Good God can be a bit misleading. I live in New York City where the homosexuality population is fairly high. I was careful while reading this book outside on buses and trains, because I did not want some to judge this book by its cover, and perceive it as God’s acceptance of homosexuality. I do not know if Jackie considered the possibility of her title being misinterpreted. Maybe she did, and this was a way to engage a broader audience and invite more people into her conversation and story.

Jackie’s ability to transform the simplest ideas into metaphoric imagery is incredible. Her language is colorful throughout and kept me fully engaged as she continuously painted portraits with her words. Even in the midst of some of the ugliest incidents of her life, such as paternal neglect and sexual abuse, I was able to feel both her vulnerability and her strength in the way she tells her story.

I think it is important to mention that Jackie had a pre-existing relationship with God. While this does not eliminate the possibility for deliverance in others who are not avid churchgoers, or have family members who regularly attend, I do think that Jackie’s already established affiliation with God might seem like an advantage on her behalf to some readers. However, she was careful to incessantly direct us to the power of God, implicating His widespread love and acceptance, despite preexisting relationship.

One major component to this book was Jackie’s candidness. She peels back layers of concealment to reveal the truths about the pleasures of her lifestyle that preceded her conversion. Gratefully, Jackie refuses to stop telling her story at the point of her deliverance. Instead, she continues to invite readers on her journey of mental battles as her bondage tries to reclaim her even in the midst of a heterosexual relationship with a man who accepts and loves her totally.

This story is not just one of overcoming a battle with homosexuality. Rather, it is something that we can all relate to because her story is one of triumph and the relinquishing of people and habits that are detrimental to our souls. Kudos to Jackie for her bravery and ability to share her life with the world, but more importantly, her will to share the transformative and loving power of God.

Read B&H Publishing Group’s description of Gay Girl, Good God: The Story of Who I Was, and Who God Has Always Been.