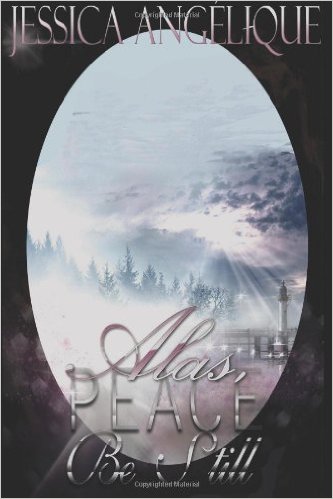 Read a Description of Alas Peace Be Still

“I project an outward appearance of success, confidence and strength. I am a successful author, a single mom… and a very vocal child and foster care advocate... [But] when I look in the mirror, the image that I see being reflected back at me is not that of a strong, capable black woman.

What I see is the face of an ugly black woman who is a constant failure, has no self-esteem and is confused and unsure of how to change what she sees. Much of how I see myself comes largely, I know, from the years I spent in foster care.”
-- Excerpted from Chapter Two (pgs. 22-23)

Jessica Angelique was surrendered in infancy by parents she’s never known to a foster care system that would prove to be a living hell. For, from an early age, the unfortunate ward of the state became the victim of unspeakable violations as she found herself being shuttled from home to home and from molester to molester, each worse than the last.

At 5, her legs were permanently disfigured by a foster father who put out his cigars on her legs as punishment for forgetting to make her bed. That remains Jessica’s earliest childhood memory. At 7, she was raped by another “daddy” who forced her to watch pornography while sitting on his naked lap. And so forth…

The only break she ever experienced from the revolving door of incessant abuse was the year she spent with Barbara and David, a white couple who unsuccessfully tried to adopt her at a time when cross-racial adoption was heavily discouraged. Otherwise, Jessica says, “my foster fathers never saw me as a child. When they looked at me, they saw a sexual play toy. They were always staring at me, and wanting to touch me, and I didn’t understand why… I never experienced a black man’s hands on me in a good way, as a child.”

Is it any surprise, then, that the impressionable orphan came to view her own people as “a cruel, manipulative, hateful race.” Yet, despite her harrowing ordeal, Jessica somehow matured into a strong black woman who managed to get a BA and an MBA before embarking on a career as an advocate for abandoned kids.

The trouble is she was living in denial, since she had never entered therapy to give herself a chance to heal her deep wounds. That’s why her world came crashing down on October 27th, 2010 while watching Tyler Perry share his own life story.

The floodgates opened and, at 39, instead of continuing to minister to lots of lost souls, Jessica devoted the next month to belatedly addressing her depression, her anger and a host of other unresolved issues. Ignoring her sons, her commitments, phone calls and email, she proceeded to keep a journal while plumbing the depths of her roiling emotions.

The net result is Alas, Peace Be Still, a heartbreaking memoir by a survivor with every right to be bitter. Miraculously, this once-anguished soul has ostensibly put the nightmare behind her and arrived at a peaceful place of gratitude and serenity.

As riveting and raw an autobiography as you could ever hope to read.