Book Review: The Face That Changed It All: A Memoir 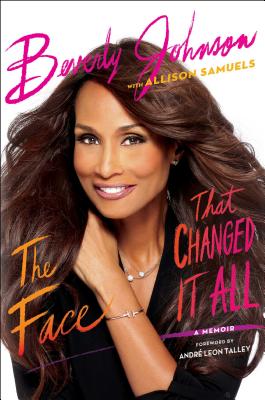 Read a Description of The Face That Changed It All: A Memoir

“Beverly Johnson made history in 1974… [as] the first African-American woman… whose face appeared on the cover of the world's most prestigious fashion magazine… Vogue. Beverly shattered the ideological standards of beauty in a commercial domain, introducing a whole new paradigm not only for black women, but for the world… as a whole. Beverly should be considered among the most important faces to alter the image of fashion, and the entire cultural dynamic, over the last century…

This is the story of an American, a role model, and a mentor… More than just a face, Beverly is a bona fide living legend… She has lived through it all: adversity, fame, fortune, love, marriage, divorce, marriage again, divorce again, addiction, renewal of spirit, and just plain life in general. [This] is not just a chronological tale about her rise to the top of the world of fashion, it's also the story of a woman who refused to give up even when the world seemed to turn against her.” —Excerpted from the Foreword (pages vii-ix) 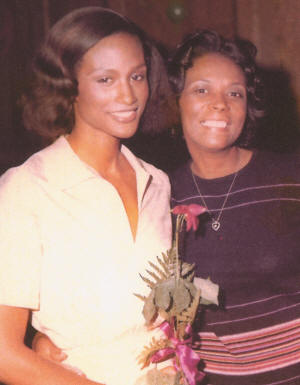 Beverly Johnson was born in Buffalo, New York on October 13, 1952, back when African-Americans still were being denied the right to vote or permission to sit in the front of a bus. Black folks also had very limited career options, especially in the field of modeling where a narrowly-defined standard of beauty meant the catwalks and mainstream magazine pages were pretty much restricted to whites.

The summer after her freshman year of college at Northeastern University, Beverly was hired to work as a swimming instructor at the Roxbury YMCA in Boston. But when that job fell through due to budget cuts, she decided to follow a friend's suggestion and take a shot at modeling.

Accompanied by her mother, she ventured to New York City where she was grateful just to land enough assignments to make the ambitious effort worth its while. Nevertheless, she returned to school for the fall semester, though not for long.

That winter, at the tender age of 19, she took the calculated risk of leaving school to pursue her dream. Back in the Big Apple, she found a part-time gig at a high-end boutique called Jax Fifth Avenue, which proved to be the perfect complement to an aspiring model's fledgling career. 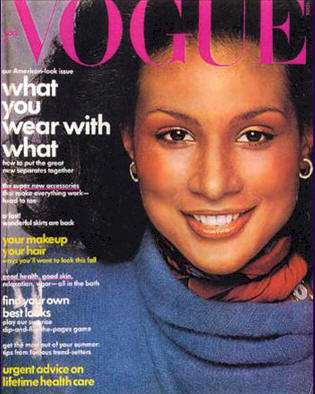 Soon, Beverly was signed by the Ford agency which, in turn, led to her meteoric transformation into the first black supermodel. Her face would eventually grace the cover of over 500 magazines, including Vogue, Cosmopolitan, Glamour, Elle, Essence Ebony and Harper's Bazaar, to name a few. By 1975, she'd paved the way for models of every hue, inspiring editors and fashion designers to adopt colorblind hiring practices.

The Face That Changed It All is a touching, warts-and-all autobiography in which Beverly recounts not only her considerable professional achievements but also reveals the litany of challenges she's had to surmount in her personal life. Of topical interest, undoubtedly, is the chapter devoted to Bill Cosby, since Beverly was the most famous female and the first African-American to publicly accuse him of drugging and assaulting her with intent to rape.

But make no mistake, the real reason to peruse this moving memoir is the revered icon's riveting account of her rise, fall and ultimate redemption.

Read Atria Books’s description of The Face That Changed It All: A Memoir.