Book Review: I Do Love You Still 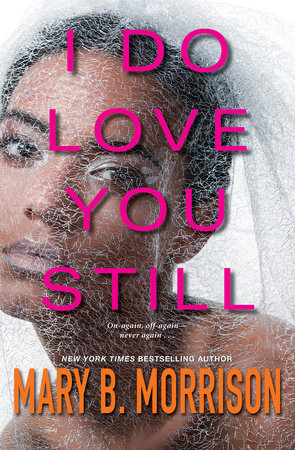 by Mary B. Morrison

Read a Description of I Do Love You Still

Mary B. Morrison’s novel, I do Love You Still, is filled with drama and unexpected twists that will gap a reader’s mouth. The story uses romance, family, deceit, friendship, dating, marriage, and erotica to promote thought about cultural concerns: a woman’s independence, child abuse, male ego, and self-respect. Morrison’s characters are involved in volatile relationships that prove both supportive and destructive.

In each romantic relationship in the novel, the women have a chance to be independent and self-sufficient; tension develops during the read while watching the women reach for their independence. In one relationship, the woman is with a man she does not love, but he provides for her financially. She is constantly telling herself, “I don’t want to be here.” When she finally leaves the man, he becomes a stalker and tries to impede her career and her life advances at every turn. In another of the novel’s relationship, the woman is sexually free and financially independent, but she is emotionally dependent on sex. Whenever she is stressed, her relief comes from the physical act of sex with a man. She dominates the men during sex, but the physical act does not offer her emotional independence. She is dependent on sex with men to balance her emotions.

A common motif in the storyline is child abuse including physical, sexual, and abandonment. The three main characters of the novel all suffered from child abuse, and that early abuse affected their roles in relationships. One of the three was repeatedly raped by her stepfather, and sadly her mother was aware. Another was physically beaten and locked in closets, and the third was abandoned by his father. Morrison does an excellent job of relating past traumas to current behaviors. All three friends were abused and have relationship maintenance issues. All the black men of dating age in the novel had huge ego problems. None could see past their own wants to the desires and needs of the women; they could only be of financial help due to limited concern for the women’s emotions; it was all about what they wanted, their careers, and their desire for children. Morrison did allow one young brother some growth, but not much. The older black men were better rounded characters.

The concern of self-respect was not gender related in the story. This was an issue for each main character, each had self-esteem work to do despite wealth and career accomplishments. Each needed to work on self, and Morrison made the work mental, spiritual, and social. At the end of the novel none are walking on water, but growth is apparent and the reader leaves to work feeling that the characters will be ok. I Do Love You Still is a good read, and it is sure to spark a lot conversation with book clubs.

Read Dafina’s description of I Do Love You Still.