Book Review: Round And Round Together: Taking A Merry-Go-Round Ride Into The Civil Rights Movement (The Nautilus Series) 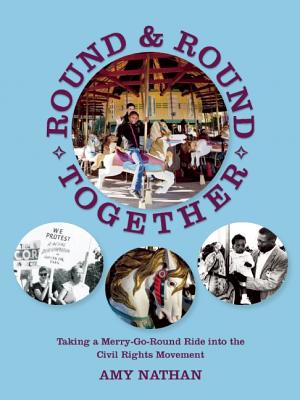 Read a Description of Round And Round Together: Taking A Merry-Go-Round Ride Into The Civil Rights Movement (The Nautilus Series)

“About four months before the March on Washington, Dr. Martin Luther King was arrested during demonstrations in Birmingham, Alabama. While in jail, he wrote a letter in which he explained why he protested…

‘When you suddenly find your tongue twisted and your speech stammering as you seek to explain to your six year-old daughter why she can’t go to the amusement park that has just been advertised on television, and see tears welling up in her little eyes when she is told that Funtown is closed to colored children, and see the depressing clouds of inferiority begin to form in her mental sky… then you will understand why we find it difficult to wait.’

This book tells the tale of the nearly decade-long struggle to liberate [Gwynn Oak’s] once whites-only merry-go-round, weaving its story into that

of the civil rights movement as a whole.”

One of my earliest childhood memories from back in the Fifties was asking my mother if the family could go to Palisades Amusement Park right after watching a TV commercial featuring kids enjoying its rides and swimming pool. My hopes were dashed when she patiently explained that we couldn’t because colored people weren’t allowed in.

Who knows whether a kid ever fully recovers from having it ingrained in your brain at such a tender age that you’re a second-class citizen? And yet, just such a scenario ostensibly played out in millions of other African-American homes back then, even that of Dr. Martin Luther King, who specifically referred to his frustration with precisely the same predicament in his historic Letter from a Birmingham Jail.

For this reason, America owes a debt of gratitude to Amy Nathan for writing Round & Round Together, a welcome reminder of the ten-year struggle to integrate Baltimore’s Gwynn Oak Amusement Park. It was whites-only from its opening in 1894 right up until Sharon Langley became the first black child allowed on a ride there on August 28, 1963, the very same day that Dr. King delivered his prophetic “I Have a Dream” speech.

The title of Round & Round Together was inspired by the fact that it was the park’s merry-go-round that little Sharon rode that fateful afternoon. In the book, the author seamlessly interweaves eyewitness accounts of the long effort to desegregate Gwynn Oak with descriptions of what was simultaneously transpiring elsewhere around the country in the Civil Rights Movement.

The text arrives amply augmented by dozens of archival photos taken at Gwynn Oak, many of which show demonstrators being carted away by cops for trying to cross its strictly-enforced color line. It also includes a number of iconic images already emblazoned on the nation’s consciousness: of the March on Washington, of dogs being set loose on picketers in Birmingham, Alabama, of a firebombed Freedom Riders’ bus, and of Rosa Parks being arrested for refusing to sit on the back of the bus.

A profoundly moving tribute to the intrepid unsung heroes who risked their lives to help bring an end to Baltimore’s Jim Crow Era.

Read Paul Dry Books’s description of Round And Round Together: Taking A Merry-Go-Round Ride Into The Civil Rights Movement (The Nautilus Series).