Book Review: Sugar Of The Crop: My Journey To Find The Children Of Slaves 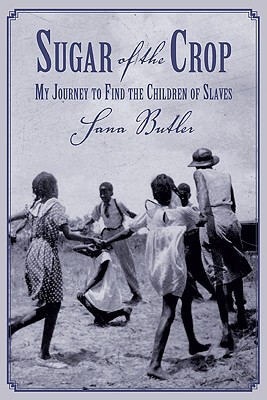 Read a Description of Sugar Of The Crop: My Journey To Find The Children Of Slaves

’Everyone I interviewed for this book is now dead’

Before I started the search, the one person I knew who was a granddaughter of a slave was my own great-grandmother, Larue Johnson. But I had no idea of this until the morning of her funeral... The fact that her grandparents were slaves came out during the service without pause or emphasis' ’Born to freed slaves.’ I couldn't stop thinking about it’ Then I became curious. Were any children of slaves still alive?

Before these talks, I had my own ideas of how the children of slaves grew up. I expected them to be an angry and frustrated generation. After all, their parents had survived the single most barbaric period in U.S. history. I thought they might have trouble building strong bonds with their children or handing down anything other than the fear and hatred that remained from being someone else's property.

After our talks, all those ideas changed. They have been replaced with something more inspirational that has opened the door to an entirely new understanding of human behavior in the face of oppression and the unyielding strength that comes from unconditional love.’
’Excerpted from the Preface (pages x -xiii)

It's hard to believe that when Sana Butler started searching for children of slaves in 1997, that the fruits of her ensuing 11 year-quest would yield fruit as rich as ’Sugar of the Crop,’ a bittersweet collection of revealing interviews with the surviving offspring of folks freed by the Emancipation Proclamation over a century before. What makes this book special is how seamlessly the author contrasts her aging subjects' fading recollections with her own expectations of them and her intimate reflections about being black and female in present-day America.

For Sana is a gifted storyteller blessed with a way with words, whether describing sharing a months-worth of delectable brunches around Beverly Hills with Crispus Attucks Wright, a retired 85 year-old attorney whose father had been enslaved in New Orleans, or recounting the frustration of traveling all the way to rural Virginia only to have sit patiently in the searing, Southern summer heat just to get 99 year-old Walter Scott's monosyllabic response to her questions about whether he wanted reparations and an apology for slavery . And despite the latter's initial reluctance to make himself vulnerable, Sana was sensitive enough to chronicle the unproductive encounter in a manner which nonetheless granted the humble elder the dignity he deserved in the waning days of a long life ostensibly very well-lived.

Here's how her account of meeting him for the first time at the Sulphur Spring Baptist Church begins: ’Mr. Scott was waiting for me in the fellowship hall, sitting at the end of a collapsible picnic table covered with a checkered red-and-white plastic cloth, surrounded by women in white usher uniforms carrying grits and scrambled eggs in black iron skillets. One hand rested on top of his walking cane, the other held a black Bible in his lap.’

Now that's writing. I only dream of developing the requisite restraint and skills to be able to summarize such a scenario so sweetly and succinctly. Therefore, I say serious accolades are in order for Sana Butler for selflessly and successfully embarking on this decade-long labor of love to produce a touching tribute belatedly giving voice to a fast-fading segment of African-American society.

All the interviewees may now be deceased, yet thanks to Sugar of the Crop their priceless pearls of wisdom and whimsy have been preserved for posterity by this seminal contribution to the nation's folklore.

Read Lyons Press’s description of Sugar Of The Crop: My Journey To Find The Children Of Slaves.