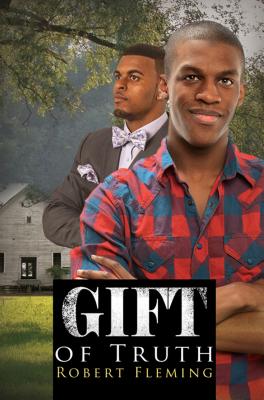 Read a Description of Gift Of Truth

There are literary craftsmen who spend a lifetime writing in one particular genre, and there are others who possess a creative and literary zeal, which allows them to expand their interests and their writing styles. Robert Fleming is an author who is an esteem member of the latter group. The author has written two books, Gift of Faith, and its sequel, Gift of Truth, both Christian novels.

Any reader would do well to read Gift of Faith first, before launching into the second book in the series, Gift of Truth. In the debut novel, it explores the growing faith development of a young pastor after the traumatic loss of his wife and two children. Repeatedly, Rev. Clint WinwoodÆs faith is shaken as he questions GodÆs love and purpose for him. As the pastor offers his guidance to others overwhelmed in their own spiritual crises, readers bear witness to his stunning spiritual transformation.

Yes raw and vulnerable to his very soul in this new novel, Gift of Truth, Rev. Winwood escapes his agonizing grief, angst, and guilt of the murder-suicide of his family to venture from Harlem to Alabama to help a friend in trouble. Fleming adeptly offers his audience the quandary that many religious leaders are faced with today: How can I maintain a spiritual purity and do GodÆs work, yet please the powers-that-be? The author forces him to walk a moral tightrope between the restrictions of the old Jim Crow policies yet remaining a steadfast and loyal friend to his spiritual peer, Dr. Hickory Peck. Here he works some of the racial and political obstacles of the New South into the mix, including the abduction of rich black farm lands, the manhandling of white agribusiness of struggling black farmers, poverty, inadequate housing and education in rural areas.

Not only is a tense religious power play in this poor Alabama community, Rev. Winwood finds himself caught in a struggle between two strategies. Dr. Peck represents the old conservative, go-along-to get along pragmatism, in conflict with a seemly manipulative leader, who calls himself a prophet. Charismatic and flamboyant, Rev. Lamar Wilks captures the hearts and souls of the congregation, once loyal church members of Dr. Peck, while stirring up the young black farmers to organize against the ruthless white planters. He speaks at times, so eloquently of how God has chosen him to lead His followers that itÆs very difficult for the reader not to see some redeeming qualities in this person. However, image of the late Jim Jones and his great influence on his flock come painfully to mind.

In his own emphasis on income equality, Wilks says: ōI want to end poverty, suffering, and loneliness in exchange for freedom, justice and peace. The Lord doesnÆt like lack. He wants us to walk in step with his plan for us. As you travel through lifeÆs journey, you understand failure I often not a defeat or a setback, but a road to greater triumph.ö (pp. 185)

For this reviewer, Gift of Truth was a disturbing read because the young pastor is confronting the same racial and economic demons of days past, except they still exists. This is fiction, yet this is also current events happening today in the New South. My soul cringed as I reflected upon memories of black folks struggling and dying under the oppressive forces of Jim Crow below the Mason-Dixon line in our recent history.

Our salvation as a people has always been our spiritual beliefs, with our mighty churches in the lead in our battle for equality. Fleming takes his readers on a journey that combines heartbreak with redemption, an often somber snapshot of reality of poor blacks in the rural South. Our progress has repeatedly been blocked by such law officials and local pillars of the community as are found in this novel, with generous measures of deception, power, money and greed. Spiritual fiction should involve more than plus-sized First Ladies having affairs, dandy ministers keeping his pretty choir director in an apartment, or someone on the Deacon Board stealing church funds. They should consist of serious, uplifting teaching moments.

Accordingly, Fleming asks some critical questions of his readers. How do we really know if we are doing GodÆs work? Are there circumstances that create spiritual doubts in each of us? How do we confront those doubts? How do we hold our religious leaders for their own spiritual duplicity and human flaws?

A powerful read, it leaves you thirsty for a closer, more meaningful and authentic relationship with God. The spiritual transformation of the young pastor is painful, unnerving at times, but oh, so beautiful. Fleming has produced a work as serious and insightful in its implications and as penetrating in its approach as anything being done today in Christian fiction.