Book Review: Stand Your Ground: Black Bodies And The Justice Of God 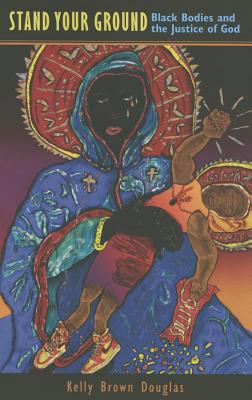 Read a Description of Stand Your Ground: Black Bodies And The Justice Of God

“Why is it becoming increasingly acceptable to kill unarmed black children? Why are they so easily perceived as a threat? How are we to keep our black children safe?

As the mother of a black male child, I find these to be urgent questions. The slaying of Trayvon [Martin] struck a nerve deep within me. After Jordan [Davis], then Jonathan [Ferrell], then Renisha [McBride], I was practically unnerved.
I knew I had to seek answers. This book reflects my search for those answers.”
—Excerpted from the Prologue (page ix)

It seems that once a month or so, with painful regularity, another unarmed black person is gunned down by a white civilian or white police officer. What is the reason for this escalating epidemic? Is it really a recent development or merely a long-hidden aspect of America's social structure that's come to light because of the profusion of cell phones in circulation among the population?

That's what Dr. Kelly Brown Douglas, as the mother of a black boy, found herself wondering in the wake of the shooting of Trayvon Martin. She also heard President Obama say that, if he had a son, he would look like Trayvon.

That made Kelly think, “I DO have a son, and he DOES look like Trayvon.” So, for her, the crisis was more than a matter of mere rhetorical speculation. Not wanting her son to become the next statistic, she heeded an urgent inner call to action.

As a Professor of Religion at Goucher College, she decided her skills could best be put to use researching the burgeoning phenomenon. And the upshot of her research efforts is Stand Your Ground: Black Bodies and the Justice of God, an enlightening examination of the deep-seated roots of the racist reasoning relied upon in the course of snuffing out African-Americans lives so cavalierly.

The author opens the opus with a history lesson, tracing the source of the problem back hundreds of years to the birth of “Exceptionalism” in Anglo-Saxon England. Reserved for whites, that notion enabled caucasians to adopt the concept of “Manifest Destiny” that led to the extermination of Native Americans (relying on the rallying cry “The only good Indian is a dead Indian”) and to the wholesale subjugation of Africans as property.

She sees today's Stand Your Ground law as a logical extension of the supremacist philosophy that sustained slavery, Jim Crow segregation, lynching and other institutionalized forms of color-coded oppression. Apparently, part and parcel of that shameful scheme was a “natural law theo-ideology” hyper-valuing whiteness while denigrating the black body as “perpetually-guilty chattel.”

An iconoclastic cultural critique indicting the doctrine of Manifest Destiny for the rationalization of a perpetual war on African-American males.

Read Orbis Books’s description of Stand Your Ground: Black Bodies And The Justice Of God.