Book Review: The Lawyer As Leader: How To Plant People And Grow Justice 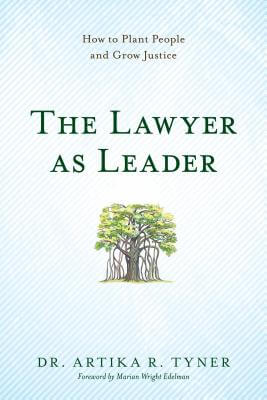 Read a Description of The Lawyer As Leader: How To Plant People And Grow Justice

“The social challenges of our time are enormous. About one in seven U.S. residents live in poverty, and the disparity between the haves and have-nots is wider than at any point since the Great Depression…

Imagine if community members across the world began planting seeds of social change, justice, and freedom. Could you be the one who plants the seeds for the promotion of access to affordable housing, fair sentencing, educational equity, or racial justice? This is your beckoning to lead—will you answer the call?

[This book] is an inspiring roadmap designed to help you become an effective agent for social change and transformational leader.”
—Excerpted from the Introduction (page vii)

Most people think of ministers like Dr. Martin Luther King and Reverends Ralph Abernathy, Andrew Young, Jesse Jackson and Al Sharpton, when it comes to iconic, African-American civil rights leaders. However, black attorneys have played a critical role in the movement, too, most notably, Thurgood Marshall who went on to become a Supreme Court Justice.

But since you can’t major in “Black Leadership” in law school, how is it that an aspiring African-American attorney might be groomed for such a calling? That is the concern of Dr. Artika R. Tyner, former professor with the Community Justice Project, an award-winning clinic designed to train law students “to serve as social engineers who create new inroads to justice, freedom and equality.”

In The Lawyer as Leader, Dr. Tyner chastises law schools for omitting leadership development from the curriculum, before attempting to fill that void with her seminal ideas. While the book is admittedly designed with of the bar in mind, it nevertheless has much to offer future torchbearers in any line of work.

After all, she defines leadership as simply, “an individual’s ability to exercise influence by organizing others around a shared vision.” Perhaps more importantly, she goes on to offer a new definition of leadership repositioning the role as a shared collective responsibility rather than hierarchical or positional.

The author’s game plan rests on these three pillars; (1) Social Justice Lawyering; (2) Lawyers and the Exercise of Leadership; and (3) Facilitating Social Change through Public Police Advocacy, each of which is discussed at length in its own chapter. The ultimate goal? To plant seeds of change that will bear fruit by galvanizing generation after generation of civil rights leaders.

Read American Bar Association’s description of The Lawyer As Leader: How To Plant People And Grow Justice.