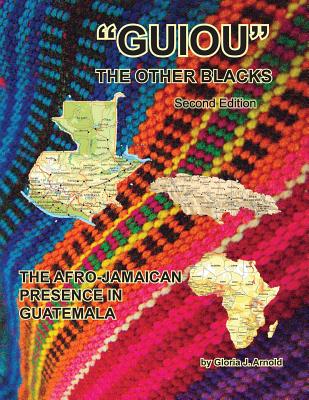 Read a Description of Guiou: The Other Blacks, Second Edition

[This book] “chronicles the journey of a group of Jamaican pioneers who went to Guatemala during the early 1900s and carved out a life for themselves and their descendants… Though a miniscule part of the African and Jamaican Diaspora, Guiou is another step in the unveiling and unraveling of our past, as it documents the lives, struggles and accomplishments of a people who, in spite of our adversity, have managed to excel in the areas of academics, medicine and sports…”
—Excerpted from the Preface (page 13)

Did you know that Guatemala once had both an English and Spanish-speaking black community? The latter group, known as Garifuna, arrived from Nigeria by way of St. Vincent where they blended with Carib Indians beginning in 1635 before migrating to Guatemala.

By contrast, the former group was brought there to work the fields only about a hundred years ago by the United Fruit Company, settling in an area called Colonia. These English-speaking Afro-Jamaicans, or Guiou, gradually disappeared over the intervening decades, but not before making a lasting impression upon their adopted homeland and elsewhere.

Written by Gloria J. Arnold, Guiou: The Other Blacks is a meticulously-researched and generously illustrated text dedicated to documenting the cultural contributions of Guatemala’s English-speaking blacks. The author ostensibly undertook this challenge as a labor of love, given her Afro-Jamaican Guatemalan roots.

Born in Guatemala, Ms. Arnold moved to New York City with her family back in the Fifties as an adolescent, around the time many other Guiou left for America, too. Sadly, most of the friends she made in the States knew next to nothing about her native country, especially regarding its black population.

So, as an adult, despite the fact that much of the Jamaican presence back there had gradually disappeared due to assimilation and emigration, she made it her mission to honor what remains of her vanishing traditions. To that end, she has preserved here an informative mix of photos and personal anecdotes, recorded and oral history, bios of leaders and luminaries, and a genealogy of Afro-Jamaican Guatemalan surnames. And she even included recipes for a variety of local delicacies, like Fish Escovitch, Fried Breadfruit, Bulla Cake and Sorrel Wine.

As much a history book as a heartfelt tribute reflecting a proud Guiou’s deep appreciation of her ancestors and her rich cultural heritage.