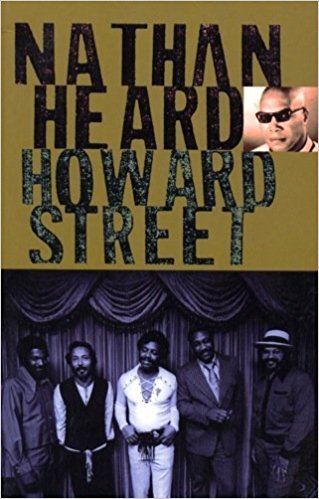 Read a Description of Howard Street

Writers are introduced to the craft of writing through a variety avenues: reading, experience, teaching, and mimicking. Writers often copy the skill sets of those they admire. It has been argued that all these inroads are necessary in the creation of a writer. Through the classic 1968 novel, Howard Street, it becomes obvious that Nathan C. Heard travelled all these roads.

The setting of the novel is Newark, NJ. In an area coined Howard Street; modern black vernacular represents the area as the ‘hood. A place were pimps, muggers, gangs, thieves, prostitutes, crooked cops, rapist, and the disillusioned roamed. An area of the city where society had turned a blind eye, on Howard Street innocence is exploited. The naive are hardened to the disillusioned. Weakness is prayed upon like chicken for wolves. The golden rule was considered a weakness, “A man can’t fool with the Golden Rule in a crowd that don’t play fair.” There was no fair play in the novel, no silver lining or happy ending only the fatalistic reality of those surviving through the exploitation of others. To write the starkness of the harsh and brutal existence, empathy does not suffice; one must experience this life style to write about it as Heard did. The reader leaves Howard Street knowing it was based on first hand experience. To write such explosive text, to capture the nuisances, the attitudes of those who survive the life style, one must learn how to convey the consciousness of a “streeter.” Heard acquired this skill through reading.

He read Baldwin, Ellison, Wright, Baraka, Hughes, Mailer; it was the reading of these greats that shaped Howard Street into the pillar of street lit that it has become. Any writer who decides to write in the genre would be well served by reading this work. As Heard recognized, one must read those that came before. To be able to relay an experience effectively a writer must see it done. A motif of the text is sibling rivalry; the two brothers Lonnie (Hip) and Franchot (Shots) are in constant conflict throughout the novel; through their relationship Heard examines the never-ending conflict between “squares” and “streeters” or the exploiters and exploited, or the “lames” and those “living the life.” With words he illustrated what was important to each, what each valued and how these values were in conflict; this cold not have been accomplished if he had not seen in done in text prior to writing ‘Howard Street.’

After reading the greats, Heard horned his craft further by reading writing craft books; this acquired knowledge eventually led him to teaching positions at California State University and Rutgers. As a writer, Heard quickly acknowledged that mimicking the greats would only get him so far; it was through being taught the skill of writing through the crafts books that he felt empowered enough to share his work.

Howard Street reflects the pensive, concise, caring work of an experienced observant writer; the work confronts topics of: police brutality and corruption, segregation, street life, family, white liberalism, homosexuality, the black church, the power of community, addiction, prostitution, the duality of black males, peer pressure, pimping, and the destruction of innocence. There are no innocents that survive Howard Street that is the most disturbing reality of the text. The reader hopes for one surviving lamb but all are devoured. The novel, Howard Street is not a tale of redemption, few are redeemed; it is a hardboiled reality based tale that lays bare the socio-economics of “streeters’” / hustlers’ life. It is a must for any student of literature.