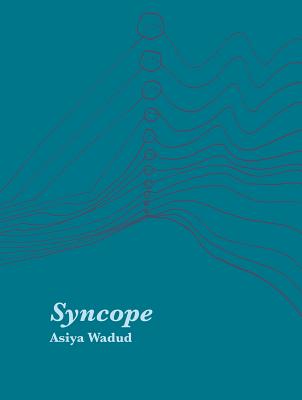 Read a Description of Syncope

As a third-grade poet teacher, an author, and as a leader for an English conversation group for immigrants, Wadud is involved with her community. She is also a finalist for the Hurston/Wright Legacy Award in Poetry. Her work centers around immigrants and refugees, Syncope was far from surprising. In fact, it was harrowing, chilling, above all, it was haunting. As a collection of poems eulogizing the events of the “Left-to-Die” incident in 2011, it gives voices to those who died, provides power to silence, gives honor and respect to the disrespected — to let them know they will not be forgotten.

The “Left-to-Die” incident of 2011 was a tragedy in which NATO, European coastguards, and other authorities failed to rescue a boat with African migrants and refugees set from Libya to Lampedusa, Italy. The ship was said to have 72 survivors on board the vessel and was abandoned for weeks in the middle of the Mediterranean Sea. From those 72 African migrants, only nine were reported to have survived the incident, and the rest lost their lives due to the weather, starvation or thirst.

Wadud utilizes repetition of phrases or lines throughout many of the poems. Repetition is the act of repeating something that has been already said or written. Wadud’s repetition sounds like a chant or mantra, the phrase

This particular phrase appears three times total in the anthology, including the very first time it appears in the very beginning. In each poem, this phrase is mentioned, the speaker refers to the people in the boat by inhumane and dehumanizing terms. Within the first poem, the speaker says,
If you’ve decided that

The language printed on the page shows the survivors felt it was decided they were like animals. The speaker is addressing the help that never arrived for the 72 citizens on the “Left-to Die” boat. The other vessels who were supposed to help but instead saw disposable and not “meant for rescue,” people, as Wadud recounts for the survivors. In the second poem, the repetition of the phrase is used to detail the other vessels that never arrived with help, and identifying by race the people still alive. By identifying the boats and the people by their race,

There is an increasing sense of horror and dread being created. Identifying the vessels and the races of the people involved allows the author to enforce an intangible connection between the victims and the reader. This connection makes the reading experience memorable and chilling to the reader; it becomes ingrained in memory.

The structure of the poems helps enforce the images and moment through the use of the negative space. While most of the poetry is written in stanzas, many lines are written at the bottom corner of the page, or are a single line on the page; often it looks like water flowing across the page. The use of the negative space helps enforce the feeling of desperation, despair and foreboding doom. The structure of the poems brings to life the silence which hangs between the survivors and how death clings to them.

Wadud’s decision to revive and retell these stories through eyewitness accounts was bone-chilling and gut-wrenching. It is language set in motion, but also a polyvocal record, an act of recovery, a memorial of the catastrophe that occurred.